Monthly chart: so, we see that a rather strong pre-reversal combination of ADX/RSI has been formed. As a rule, it means that bulls move up without having trend confirmation. It makes possible the reversal of the index in the area of bottom Bollinger band (2108.8), whereas the middle band supports uptrend now (1792.0) 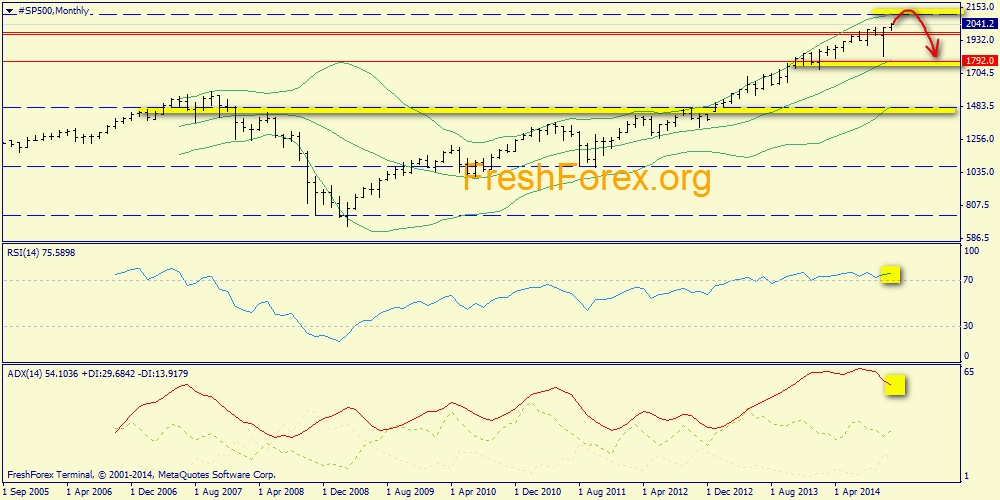 Weekly chart: the price chart shows first divergences of the oscillator. Bullish momentum has been preserved, which speaks about a coming reversal and preservation of the potential for growth in the direction of 2108.8 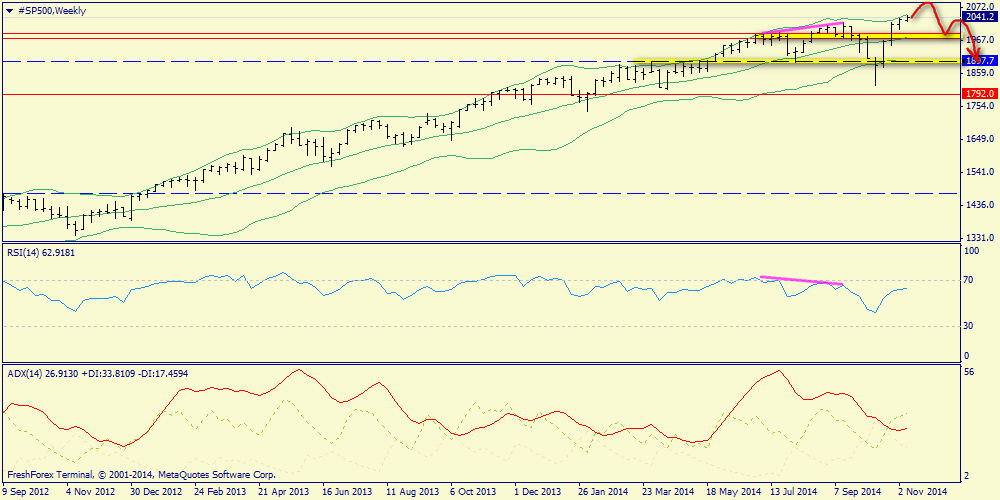 Day chart: a more localized resistance is based on 2092.1 (upper bottom Bollinger band). As an alternative to the first scenario (reversal from 2108.8), growth can end in 2092.1 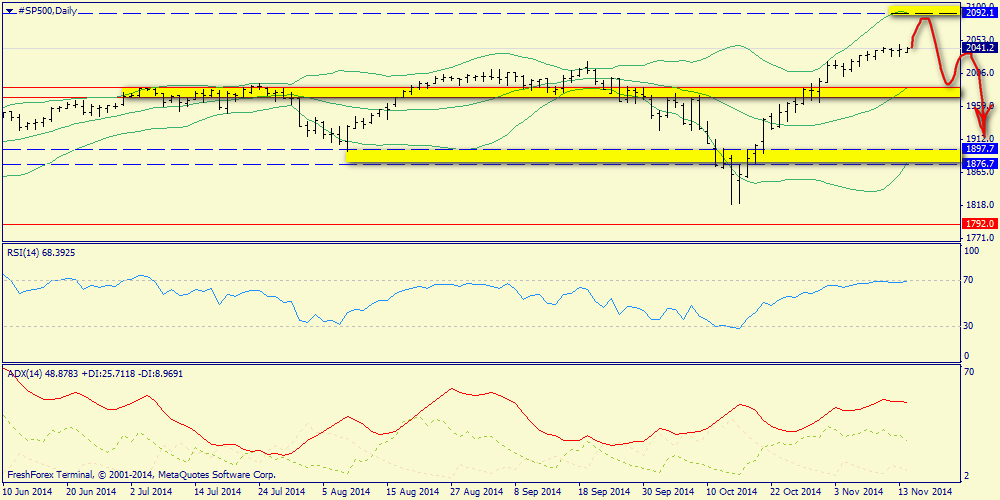 Monthly chart: a significant decline of oil is witnessed. Again we notice that it happens on ADX which is just coming to trend's! It can give a serious promise of the further decline (towards 67.90 and below). Though before it may roll to the middle Bollinger band (101.40), where bullish trap will certainly catch it. 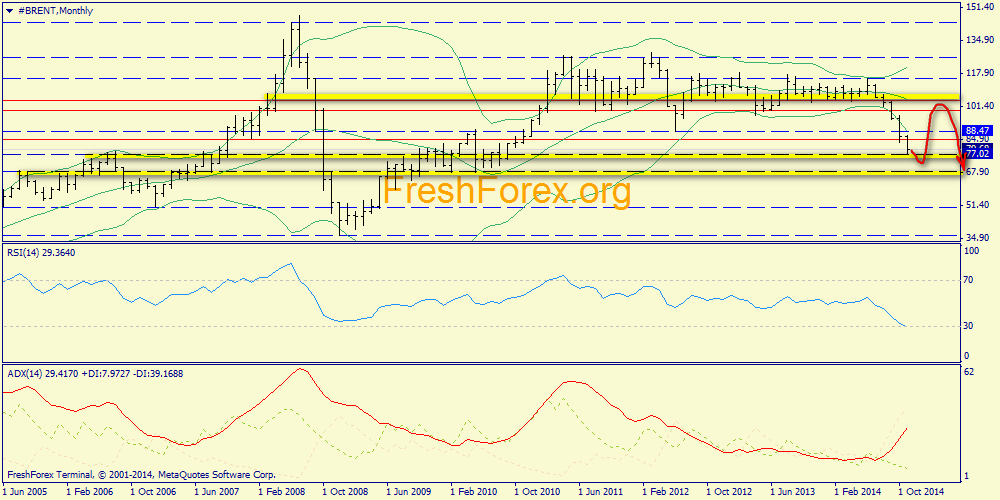 Weekly chart: correction may take place. We confirm the area of a big supply at the price of 101.40. Rollback scenario can be both direct (blue arrow) and may happen through a local reversal at shorter frames (red arrow). In both cases oil can be sold in the area 100.00-101.40. 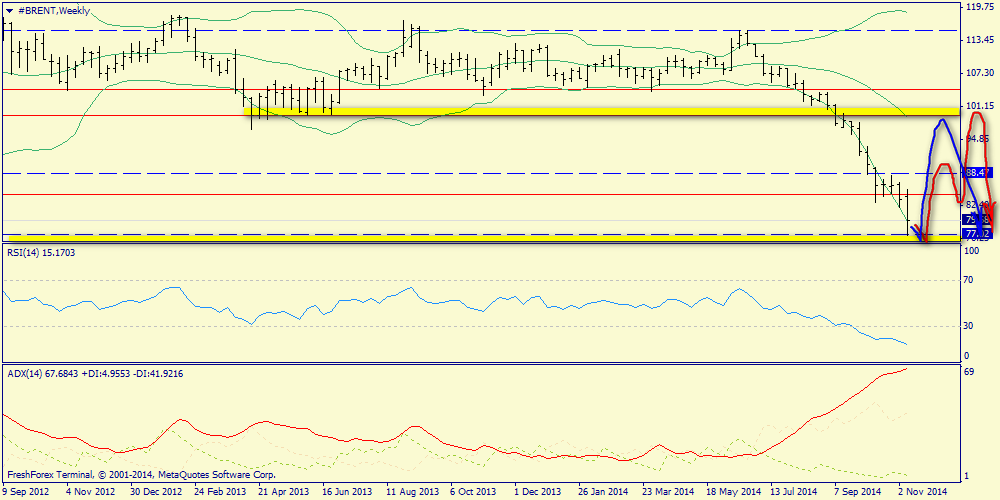 Day chart: one more sign of correction is the bullish convergence of the oscillator. Support is based in the area 77.02 and can speak for supply wanted by big players. 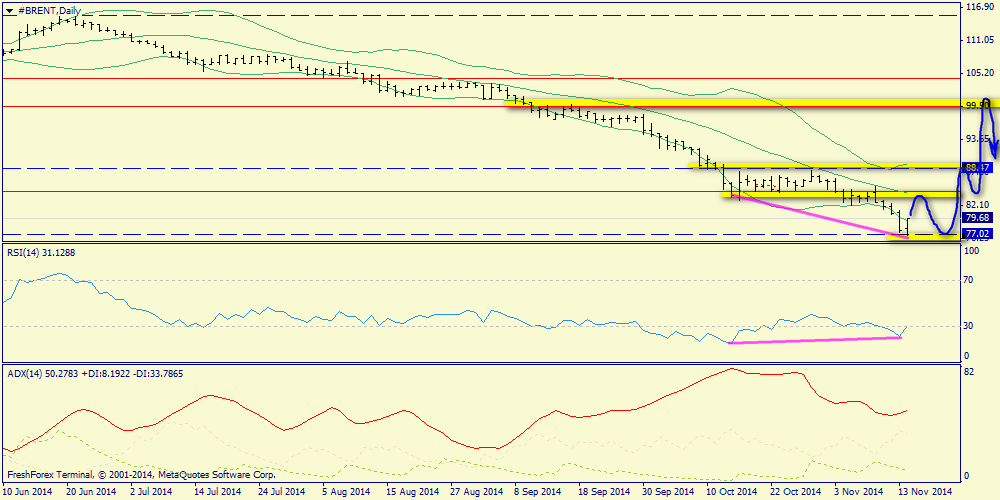 Conclusion: so, we are expecting touch of 77.02 and start of correction to the area 101.40, from where the oil will fall to new Lows in the middle run. Well-known fundamental factors can force oil to 67.90 and below though.

Weekly chart:  a quite good pinbar from the bottom Bollinger band plus convergence of the oscillator also speak for growth to 1435. 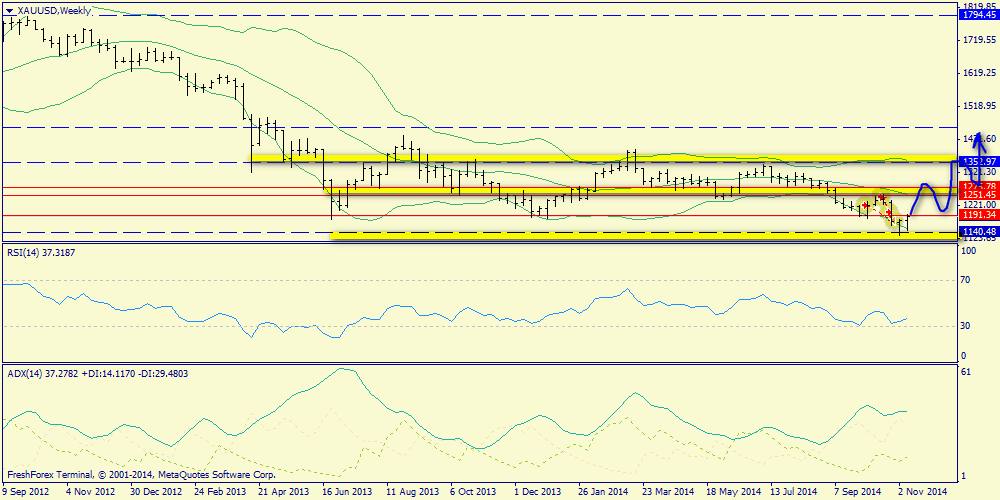 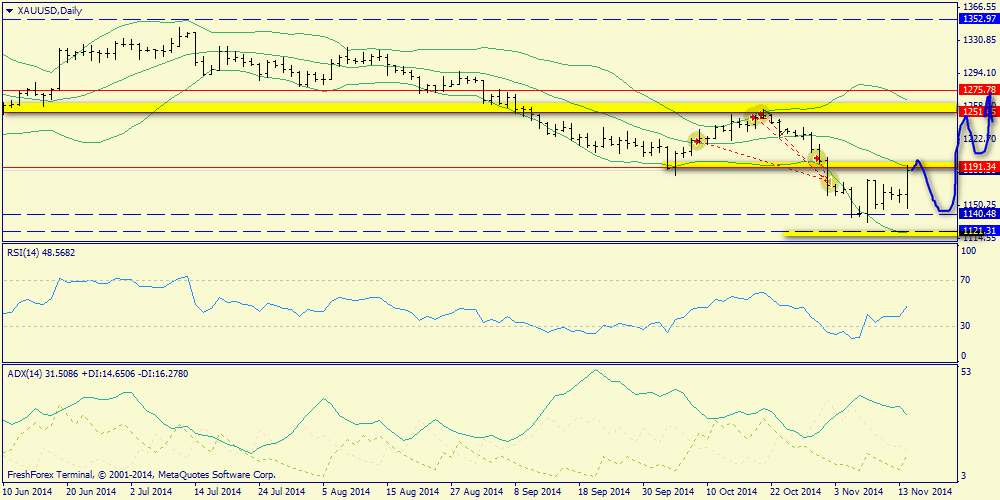 Whereas the second plan will move the gold from current levels to the target 1435.

We have to note that realization of such plans won't signalize about a full reversal and gold can continue its growth after correction. That will be considered in the following review.