The Euro and the Dollar: Deflation and inflation in the global market 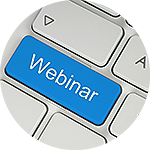 The Euro and the Dollar: Deflation and inflation in the global market
Joseph Trevisani, Chief Market Strategist at WorldWideMarkets
The reversal of rate prospects between the ECB and the Federal Reserve drove the euro from 1.4000 in the summer of 2014 to 1.0500 last March. Since then the euro has moved between 1.1500 and 1.0500 with the majority of trading in half the range, either between 1.0500 and 1.1000 or 1.1000 and 1.1500. There has been no discernable trend for over a year, a relatively rare phenomenon in currency markets. Is that about to change?

In Europe deflation is ascendant, the annual CPI lapsed to -0.2% in January , the lowest it has been in a year. It has done so despite central bank counter effort. Mario Draghi the ECB president has promised to respond at the March 10th meeting. The market has doubts that any ECB action will be large enough to impact prices particularly in the face of weak European economic growth, but the direction of ECB policy is clear.