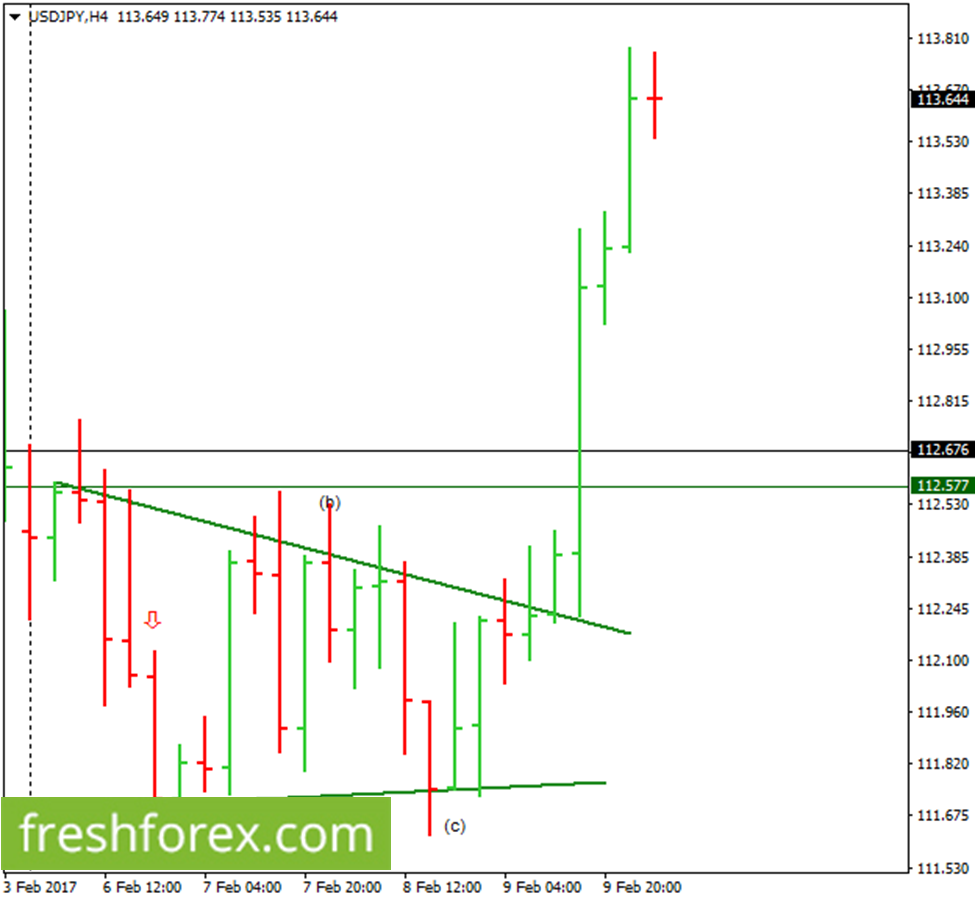 Yesterday, the US Dollar broke above the falling wedge and also above 112.67. Following this breakout, the pair traded massively long and is still pretty much bullish both on the 4H and daily charts. We expect the US Dollar to trade on the higher ranges as long as the pair remains above 113.58, any clear pullbacks below 113.2 may invalidate the anticipated upward rally and could push the price to the to the lower side. Expect a similar wave count in CADJPY, AUDJPY, HKDJPY and GBPJPY. These pairs have a strong positive correlation of up to +68% and will have a similar price action during this intraday. only buy or sell USDJPY if the other positively correlated pairs are giving the same signal.

Expect a possible bullish momentum towards 113.99 and possible higher to 115.38.