The market waits for new drivers

The market waits for new drivers 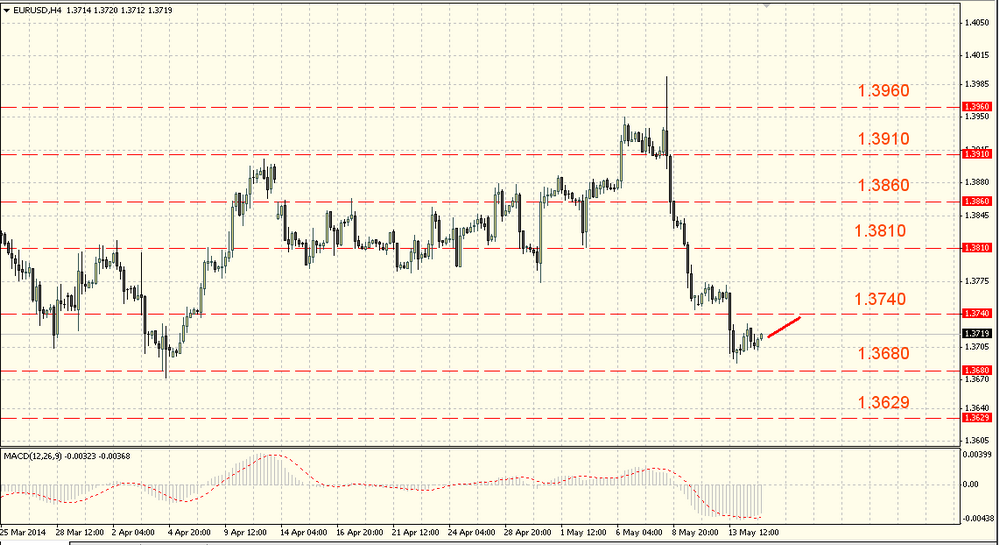 In the absence of publication of important macroeconomic statistics from the Eurozone - in the first half of the day the euro/dollar pair will experience consolidation near 37 figures. "Bulls" and "Bears" take a break before the GDP euro area report in the first quarter which is scheduled for today.

PPI index is an early signal of changes in inflation trends but only just strong deviations from the median of forecasts can cause severe market reaction to this event.

MACD is pointing down, indicating the current downtrend movement rates.

EUR/USD continued to decline and broke through the support at 1.3720, having tested the level 1.3689. As we approach the low at 1.3672 reached in early April "bearish" pressure slightly weaker. Therefore, despite the deteriorating prospects for the pair, "bulls" may regain control of the situation at the current levels, however, attempts to grow at this stage should be seen as an opportunity to open short positions at a better rate. 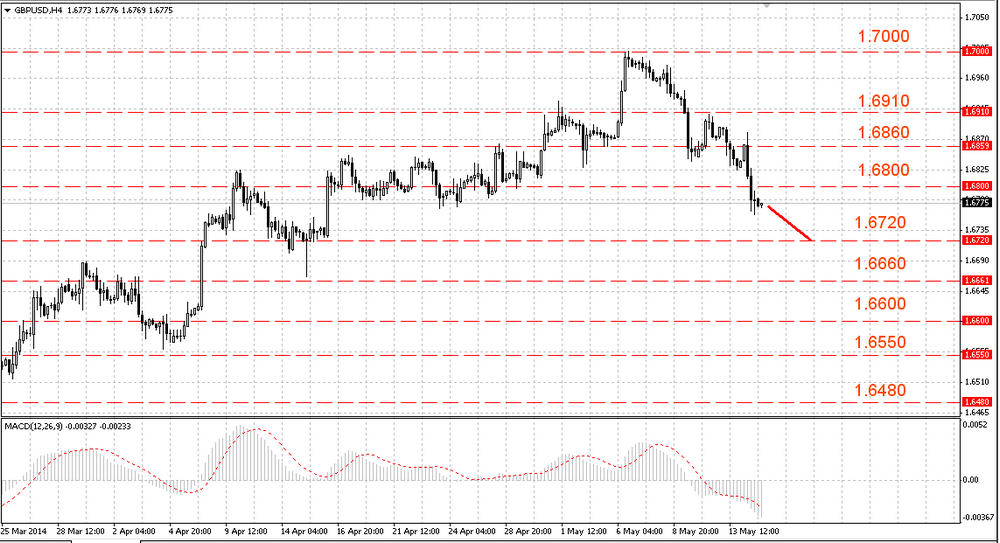 The market focused on the second quarter BoE inflation report. The British economy has returned to an economic recovery and investors expect from Mark Carney positive comments about the prospects for the UK economy. The current levels look attractive for opening long positions and if we hear positive comments the "bulls" will lift the quotes to the resistance level 1.6918.

MACD is pointing down, indicating the current downtrend movement rates.

The pair fell until it reached support at 1.6820. Traders bought the pair here that helped it to recover to 1.6868. Thus, the "bulls" are not ready to give control to the "bears" that maintains the risks of testing 1.6883-1.6900. The breaking of the 69th figure and ability to consolidate above jeopardize current high. 1.6820 loss significantly worsen the pair’s outlook. The latest news can have a significant impact on the dynamics of the pound. 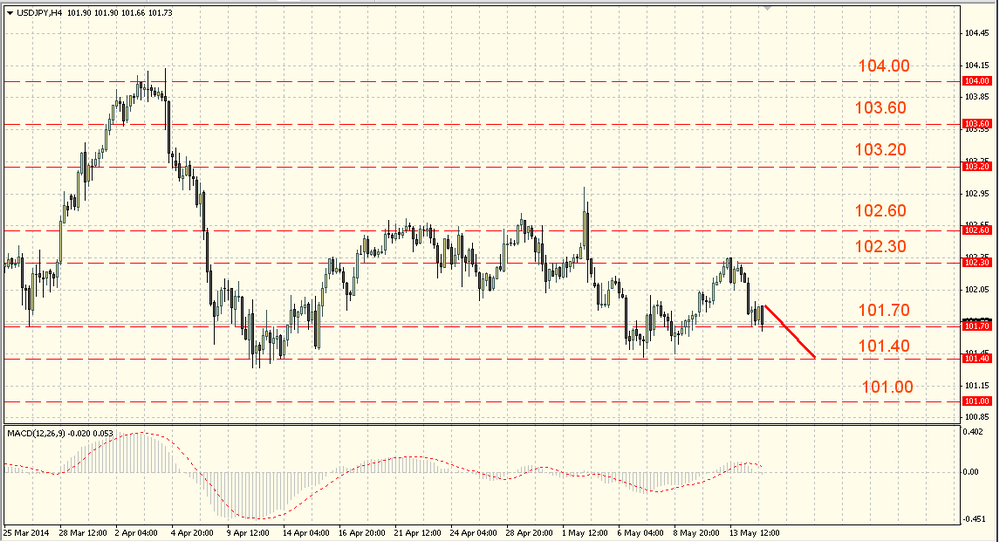 Investors expect a recovery in the world's largest economy after the first quarter recession and buy stocks to their portfolios. It is worth noting that there is undue optimism and soon we will see equity markets strong correction. However, there is a short-term bullish trend now which is favorable for the pair growth. However, if we look at the world's leading stock indices correlation - U.S. S&P 500, the German DAX 30 and the British FTSE 100 are steadily moving up, setting new maximum values.

While Japan's Nikkei 225 lags well due to internal reasons behind its partners. This factor will certainly constrain demand for the U.S. dollar against the Japanese yen.

The MACD indicator is in neutral territory.

The pair could not overcome the resistance at 102.36 – the pair fell to 102.05 after testing. The subsequent growth attempt also failed, and the pair approaches to yesterday's low again. Thus, the renewed downward correction risks were saved, but the rise above 102.36 will cast doubt on the "bear" ability to maintain control over the situation. The 103rd figure break gives the supposed correction end.