The outcome of the ECB meeting

The outcome of the ECB meeting 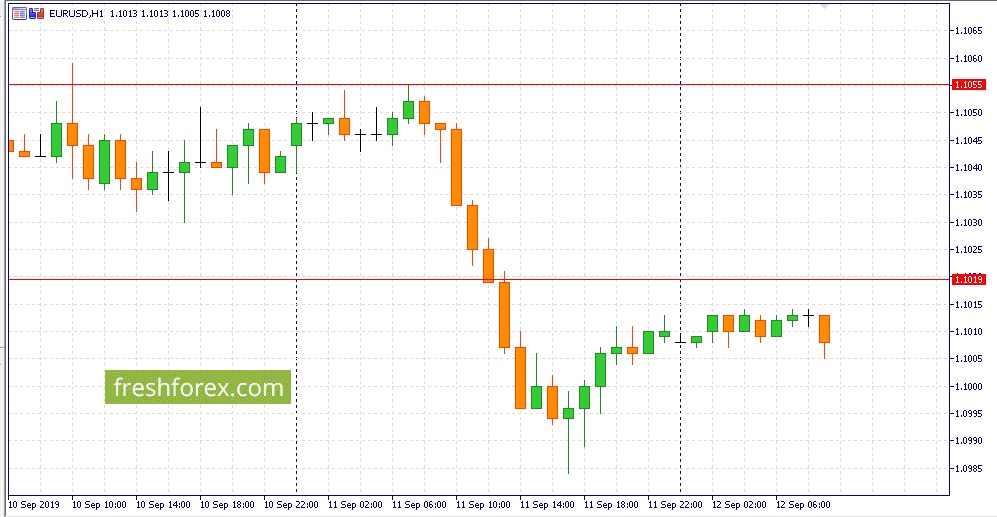 The European Central Bank will announce its decision on monetary policy. Central bank is expected to cut rates and join the global trend of monetary policy easing. We are expecting interest rates on deposits to decrease by 0.1%. This is a negative signal for the euro! Lower interest rates have traditionally put pressure on the value of the national currency. Positive macroeconomic statistics from the United States will have a positive impact on the value of the dollar. A measure of underlying U.S. producer prices that excludes food and fuel picked up in August. So-called core producer prices increased 2.3%. The data also showed the costs of arranging freight and cargo shipments surged 4.8% from July, a record in data back to 2009.