The FED meeting is the global meeting

The FED meeting is the global meeting 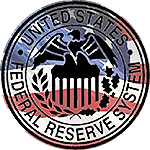 The whole world was waiting for this event — on December 16 of this year, the US Federal Reserve (FED, the central banking system of the United States) raised its interest rate for the first time for the last 9 years. The base rate was risen from a record low of 0,125% to 0,375% per annum. This decision will undoubtedly affect the global economy.

"Economic conditions are likely to testify in favor of a gradual increase in the key interest rate", - as it was noted in the statement of the FED representatives. Thus, FOMC (Committee of the US Federal Reserve) are planning to keep the couse to the strong macroeconomic statistics only when making decisions to change monetary policy. This is logical, since the low prices on hydrocarbon put pressure on inflation to decline and the risks of downside of the Chinese economy still remain. Tighter monetary policy of FED will support the US currency. First of all, there will be a growth of quotations on those instruments where the dollar is the main one. Let us consider the most interesting according to my opinion:

On December 3, the ECB increased its program of QE (quantitative easing monetary policy) before the end of the first quarter of 2017. Thus, the size of the program was increased by 420 billion Euros. The Fed, on the other hand, rose the interest rates. Against the background, the pair EUR/USD looks attractive for opening Sell positions with the aim 1.0735, as investors will use the mixed monetary policies of two central banks.

On December 9, the Reserve Bank of New Zealand (RBNZ) lowered its key rate by 0,25% to reach 2,50%. Thus, in this currency pair, we also see the mixed monetary policy of the two central banks. In my opinion, we can consider the Sell position with the aim 0.6590.

The strengthening of the US dollar, coupled with rising crude inventories in the United States, points to the continuation of the downward trend of the "black gold". Against this background, I think, it is worth to open the Sell position for the purpose 36.20.

On the debt market we can expect an extension of the differential yields on the US government bonds and Japan after the FOMC's decision to raise the interest rates. This increases the attractiveness of investment in the US assets and will contribute to the demand for the Dollar. Low energy prices could soon force the management of the Bank of Japan to revise its inflation forecasts, which will put pressure on the Yen. Against this background, I believe  opening of  Buy position targeting 123.70 is justified.