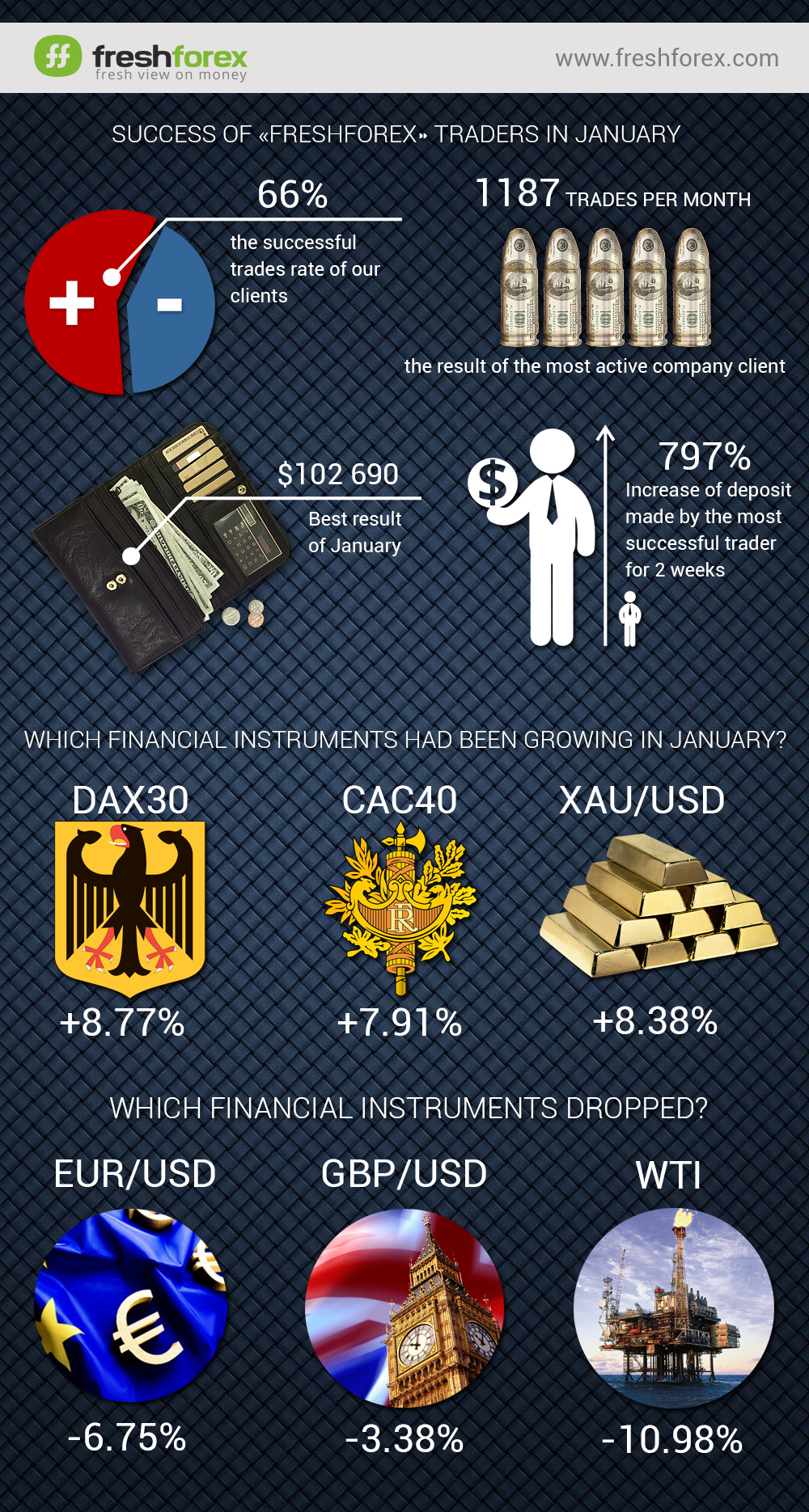 January has come to an end, and we were glad to tell you about the first successes of FreshForex traders in 2015. Who showed the highest increase in the account? How many trades did scalping master make?

797% - Increase of deposit made by the most successful trader. He spent 2 weeks for it and traded without any advisers.

1187 trades per month - the result of the most active company client.

$102 690 - best result of January. The trader was able to achieve such profits by virtue of successful trading with #Brent and Japanese yen pairs.

66%— the successful trades rate of our clients

Bank of Switzerland has announced the non-intervention in EURCHF, which caused in instability of foreign exchange market and capital flight to the "safe assets". It led to steady demand for gold and the pair grew at 8.38%

ECB decision on the realization of the QE program supported the demand for the Old World stock markets, which caused in increase in DAX30 and CAC40 at 8.77% and 7.91%, respectively.

The United States continues to increase oil production, which negatively affects the WTI oil, which by the end of the month lost 10.98%. EUR/USD -6.75% In January, the ECB sent the EURUSD pair to a knockout - a decision on realization of the quantitative easing program to fight deflation led to a 6.75% decrease.

Deflationary illness is approaching to the UK shores - it is a low inflation which made sales of GBPUSD and at the end of the month the pair lost 3.38%.

Japanese growth in net export and industrial production on the background of the domestic currency devaluation made bears to open short positions of USDJPY and at the end of the month the pair lost 1.87%.

How much could you earn on the rise or fall of these quotations? You can calculate easily using the calculator on a special page of our site!

Wish you good luck in trading!