How clients of “FreshForex” traded in December

How clients of “FreshForex” traded in December 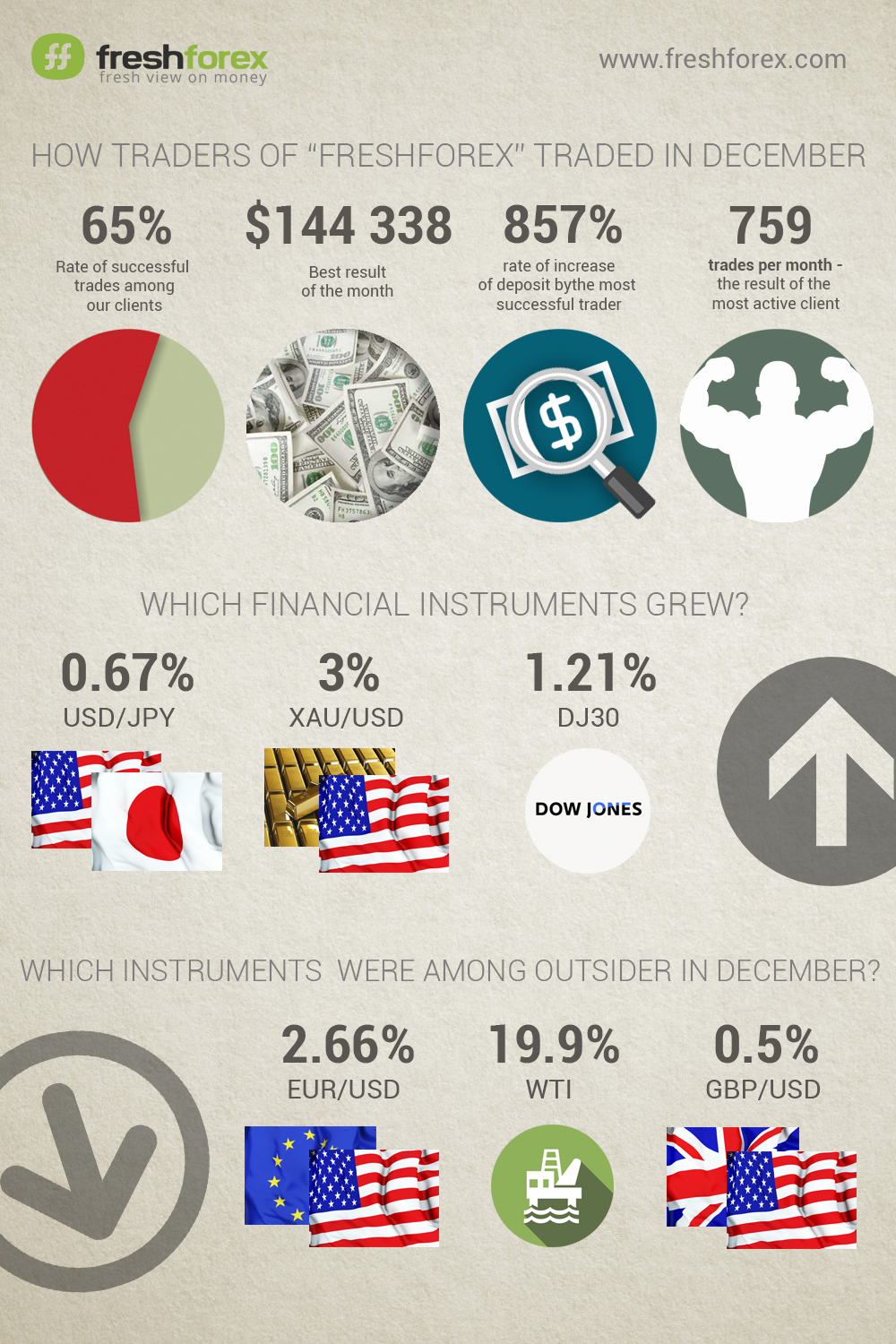 Which results had been achieved by traders of “FreshForex” in the last month of 2014 year? Who managed to be the most successful? What was happening in the financial markets in December? Learn from our monthly report!

857% — Increase of deposit made by the most successful trader of "FreshForex". He had attained that by trading with Eur/Usd.

759 — is the number of trades made by the most active client of the company.

65% — is the rate of successful trades in the company among other trades.

Which financial instruments had been growing in December?

Weak macroeconomic statistics from Japan on inflation and manufacture had been supporting the demand in the pair for the entire month.

The second part of the past year was marked by a bearish trend on gold and prior to Christmas holidays many traders decided to fix their profit on short positions. That allowed Gold to complete the month in the “green zone”.

Traditionally, December is the positive month for the US stock market. This time we had also been witnessing Christmas rally and upsurge of the oldest stock index in the planet.

European Central Bank declared quantitative easing for the beginning of 2015 which made united European currency to test new 2 years' Lows.

Consolidation of US dollar on currency market as well as reveal of oil reserves in the USA led to drop in WTI quotes.

Inflation in England had reached a record-making low level – 1% which encouraged bears to open short positions on British currency.

In the “Statistics of our work” report you will find even more interesting data.