Monthly chart: Growth “at bay” is going on. The upper Bollinger band is based at 2180.1, which is by today the maximum possible goal of the upward movement before reversal. 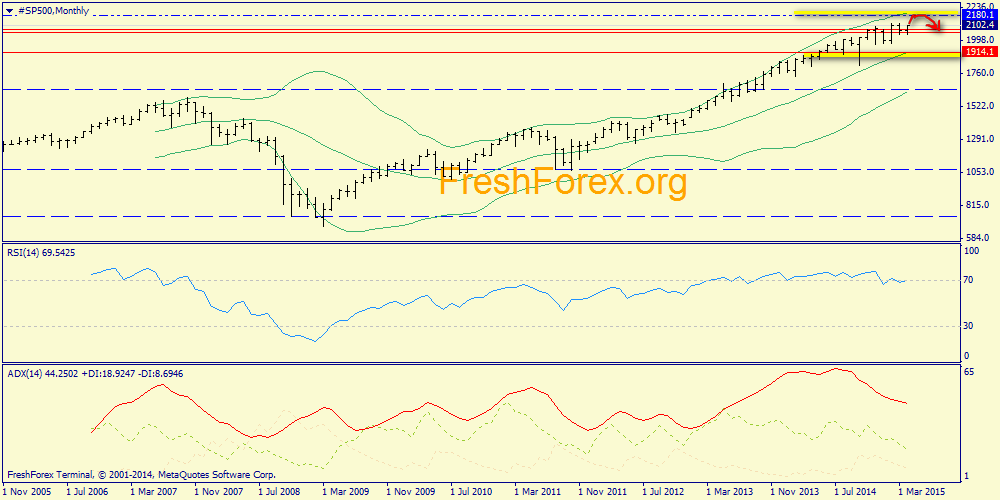 Weekly chart:  Resistance is even better expressed at 2123.9 (the upper Bollinger band. Support is based at 2009.4 (the bottom Bollinger band). 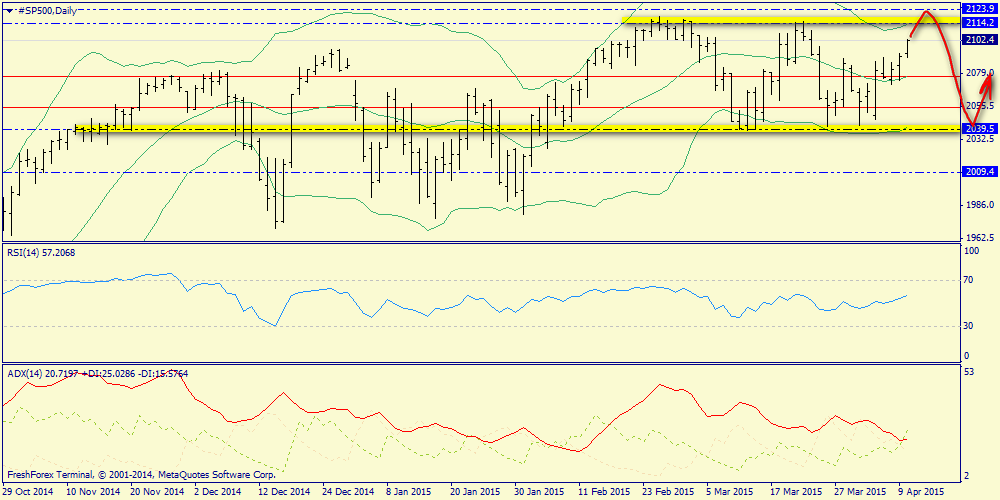 Monthly chart: As we told before, now oil needs a full upward swing to drop further. Now we are witnessing the attempts to draft this swing in full (for that, price must get just a little above March High). A middle-term target of decline is now based at 44.74 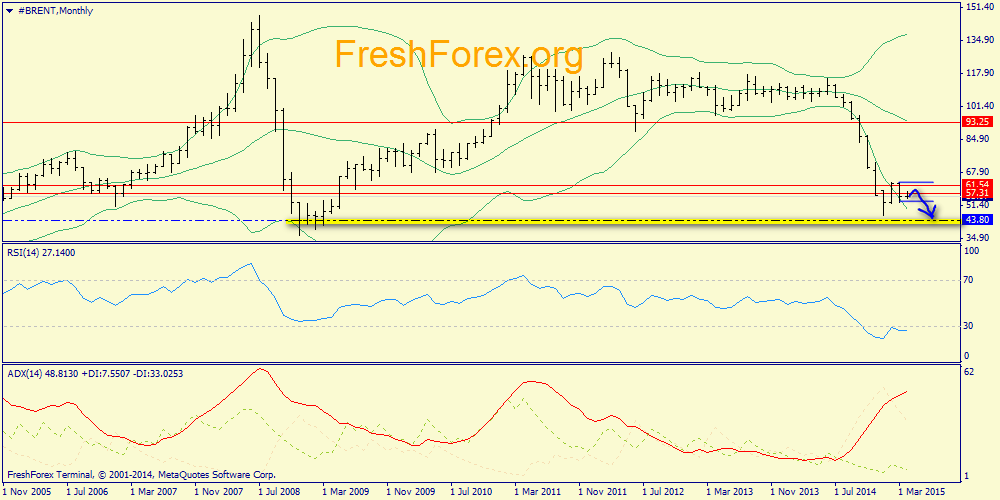 Weekly chart: The price has almost hit key resistance - the middle Bollinger band (61.38). Another option is that Brent will drop from this area either correction will break this resistance through and we will see a new growth of quotations to 76.92. At this point, the price will meed an abundant supply and collapse (blue arrow) 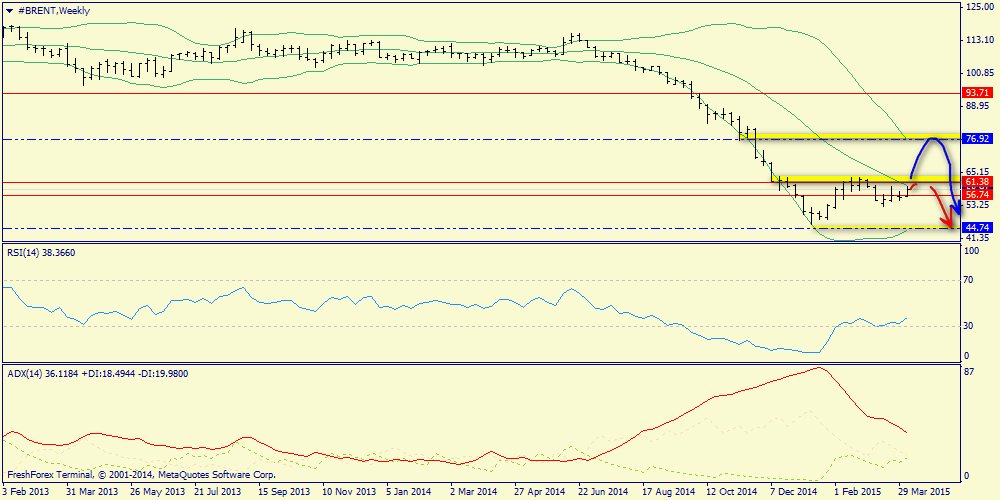 Day chart: A local range is very passive, so a breakthrough 61.38 is less probable. Support for the weekly run is located at 53.90 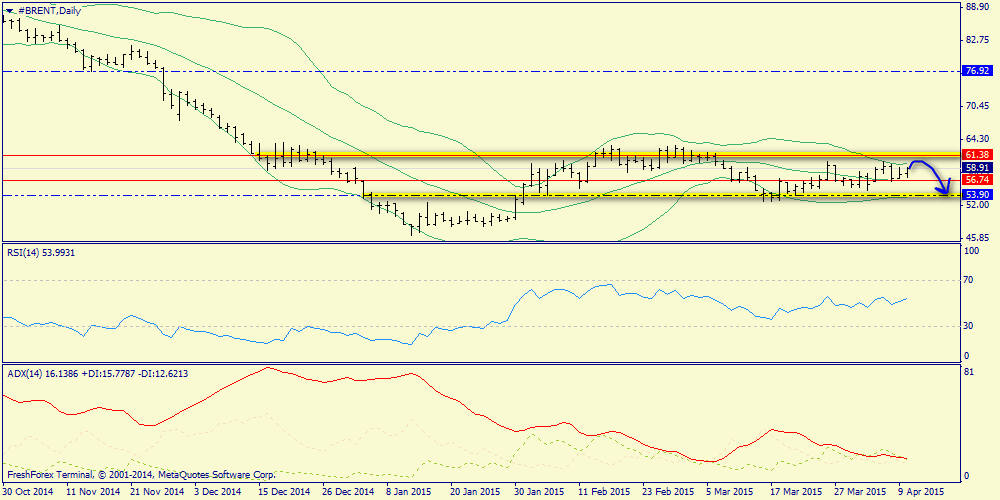 Monthly chart: Meanwhile, a gradual recovery of the gold inside Bollinger envelopes is going on. 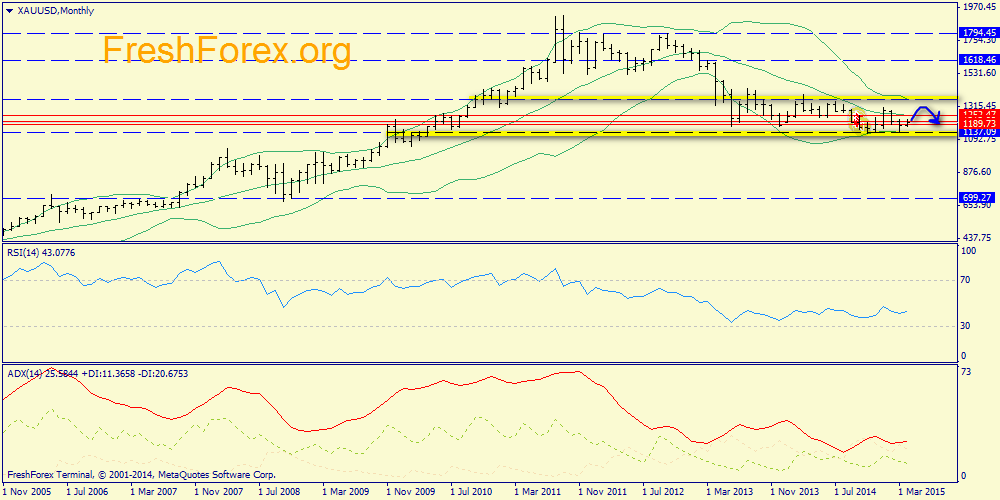 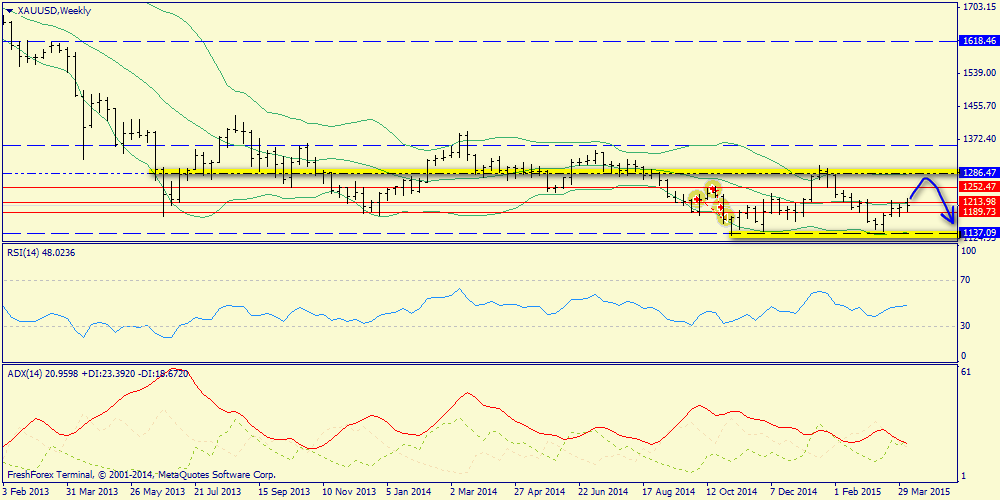 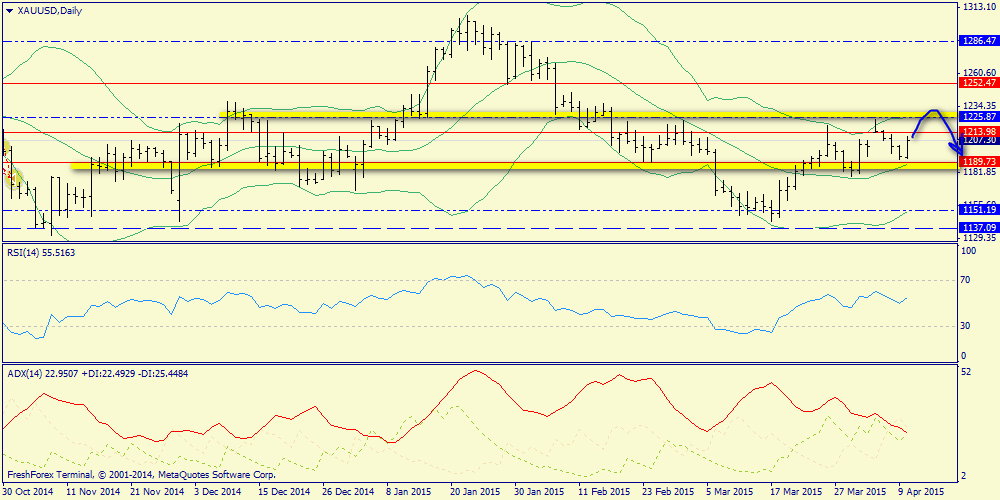