Monthly chart: it seems that bears have already started reversal. We've reached March Inside Bar. Though Northern potential has been preserved (as the upper Bollinger band is aimed at 2193.1), there is a big probability of a false breakthrough in April and start of decline in March. 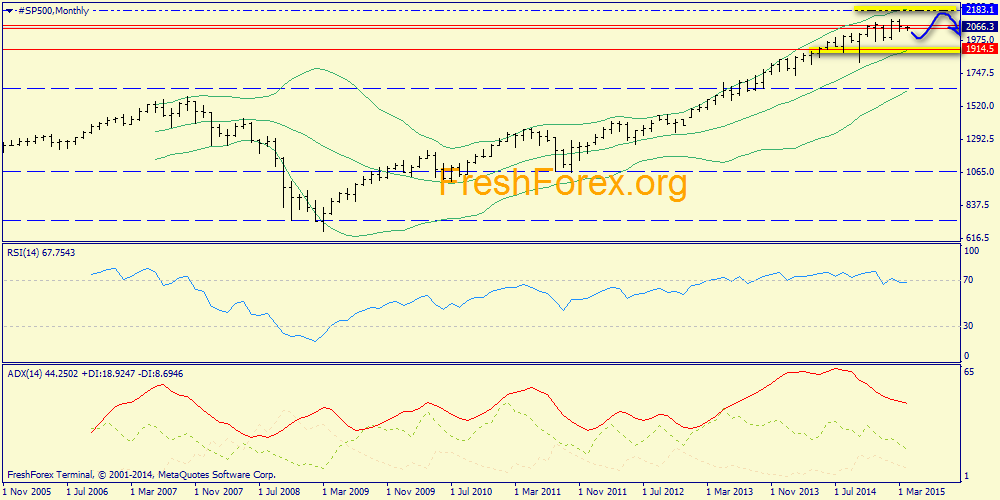 Weekly chart: a massive divergence is going on which is not able to turn such strong movements at once, but demonstrates “exhaustion” of uptrend. The level 1998.1 (the bottom Bollinger band ) holds bullish structure, breaking this level would mean the first sign of a downward reversal. 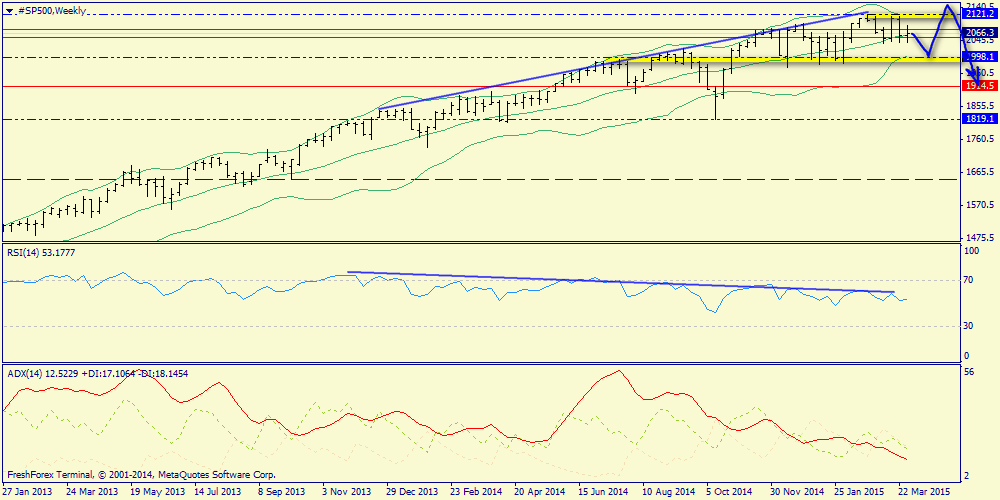 Day chart: here everything is rather calm, so the above plan will work through April. On the coming week we will have the range 2036.3-2112.2 with attempts of buyers to force the index above. 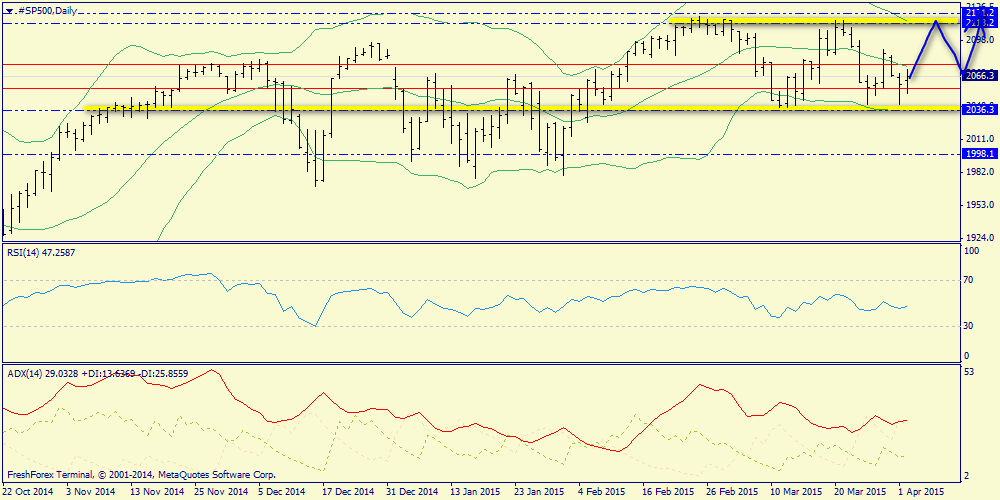 1) It is getting more dangerous to buy but trend is set upwards. I would wait for reaction on levels 2112.2 and then 2193.1, where middle-term signs for reversal will occur and would sell from there. Meanwhile it is recommended to wait. 2) Those who prefer squeeze everything from trend, can try to buy to 2112.2 and 2193.1

Monthly chart: We've been looking forward to March Inside Bar and it happened.  итак. Position of the Bollinger bands and ADX are awful for bulls: new target is 43.80.

Weekly chart: we confirm target 43.80 and notice two points of resistance: 61.54 (the middle Bollinger band ) and 82.02 (the upper band which is less probable) 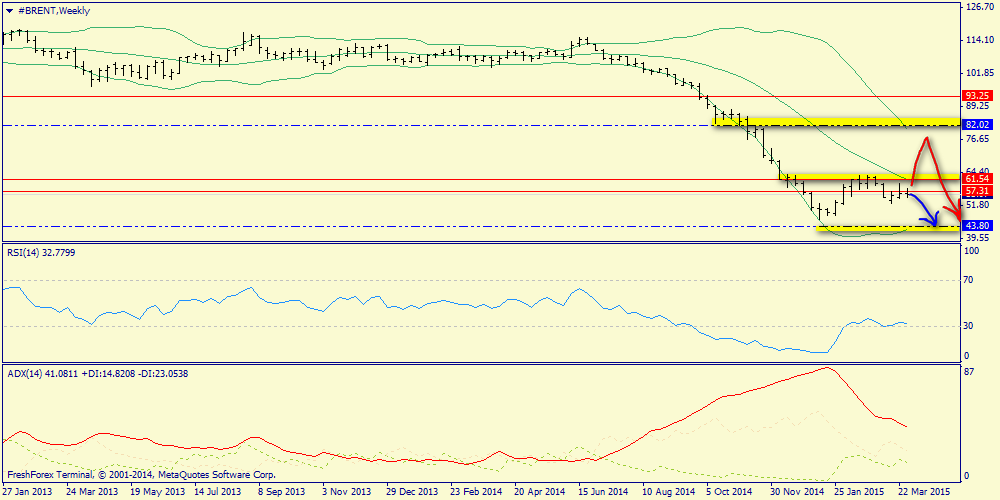 Day chart:  current week does not promise a quick outcome. We can expect various positions in the range 53.04-61.54. . 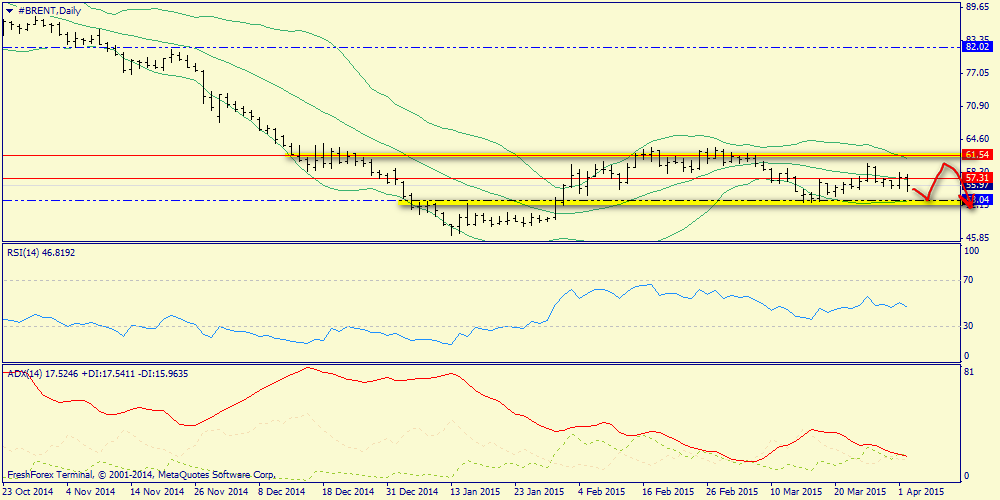 Expectations:  so, one more week of accumulation of potential and we can see a new decline to 43.80. We are looking for new sale points as the price would range within 53.04-61.54. .

1)Corridor 53.04-61.54 means as much as 800 points of upward movement but purchases are insecure. We would recommend to search for additional signals on small charts if you want to Open Buy. 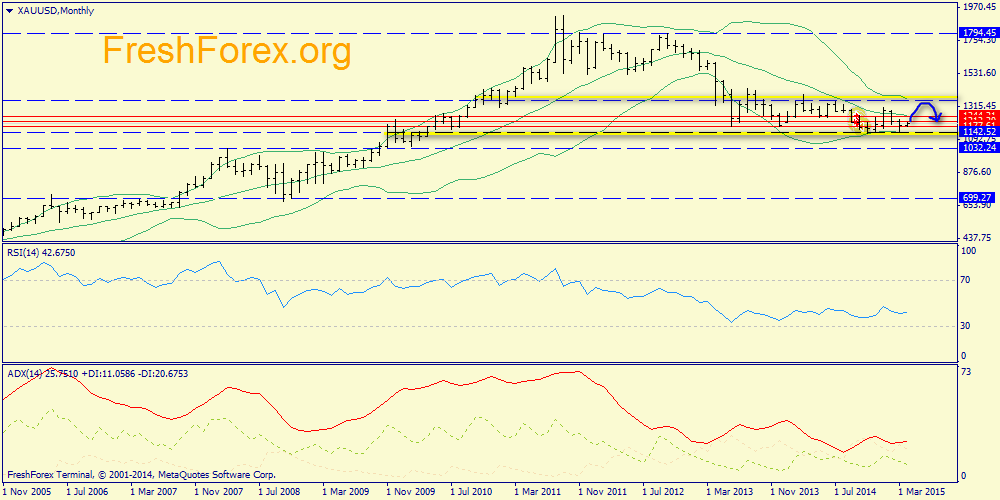 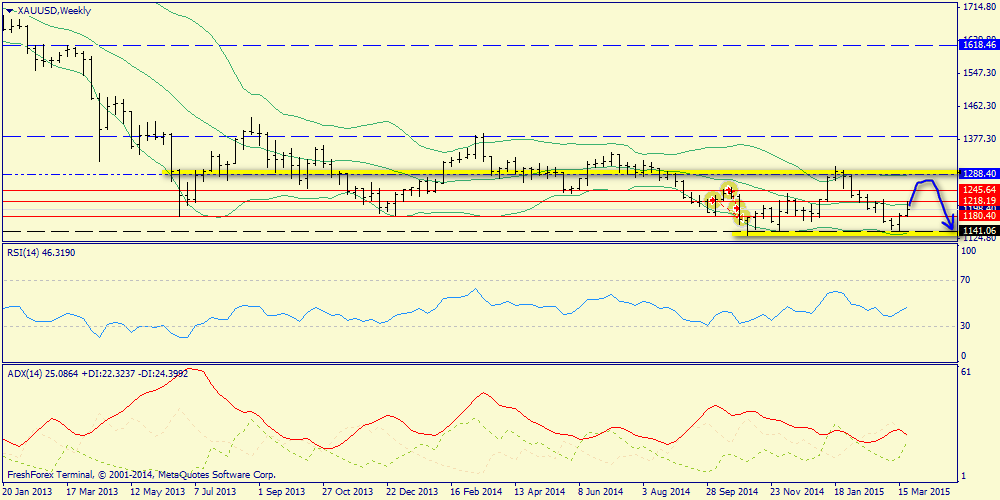 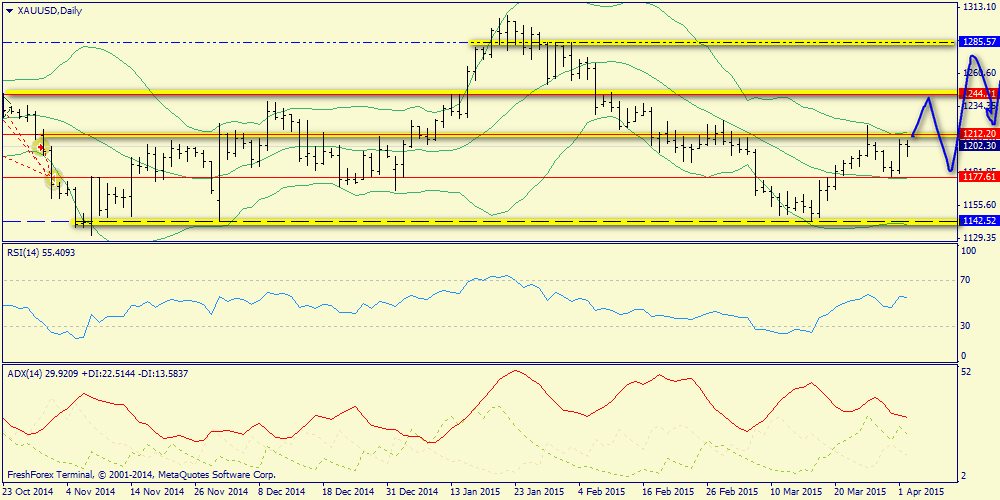