Monthly chart: the first half of January trading has been in December's range. Northern determination of the chart still remains (with the target based on the upper Bollinger band 2150.2), support of the uptrend is on the middle band (1865.0) 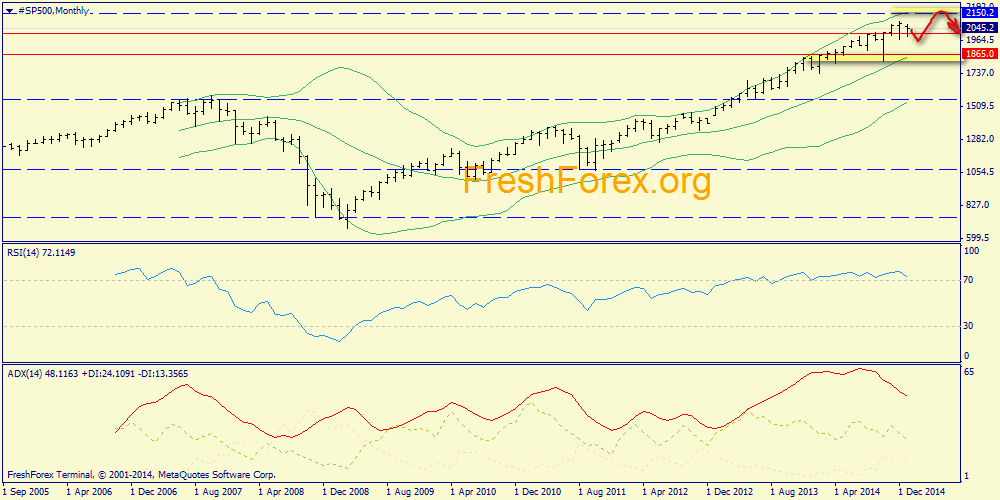 Weekly chart: as we see, the week was closed by the pin bar from the middle band (2008.0), which makes continuation of growth 2114.7 the main plan (the upper Bollinger band) and this plan is painted red.

Alternatively, the price may get below the middle band, which forms Over&Under (by blue). Support is based at 1908.0 (the bottom Bollinger band), the point of probable entrance into sales is 2045.2 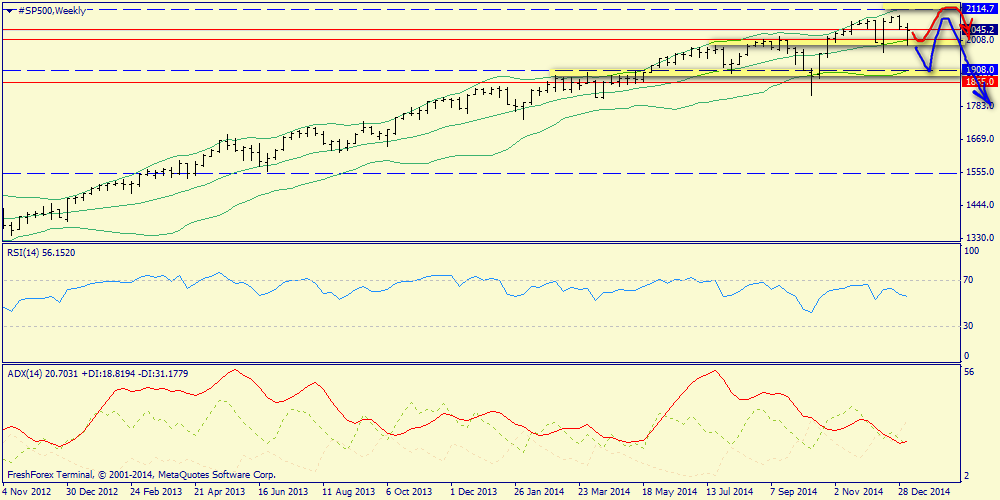 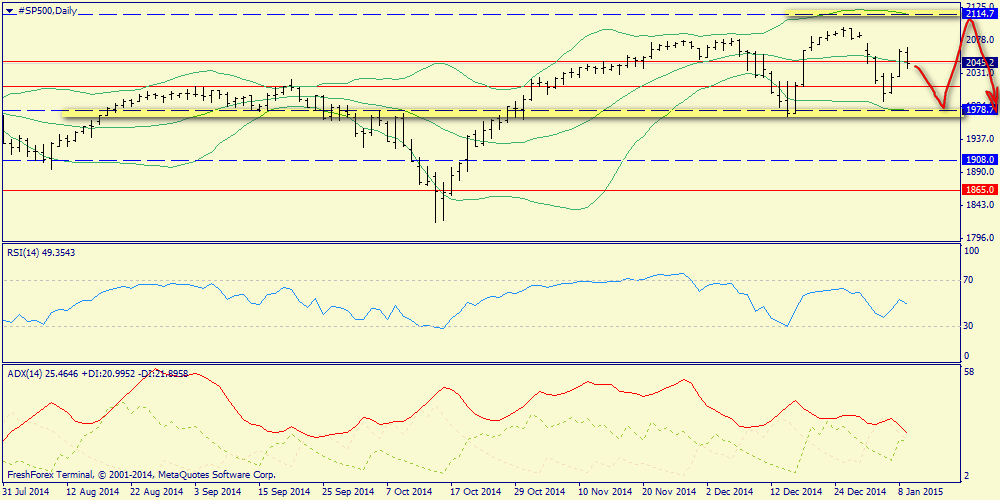 Monthly chart: so, critical psychological support has been reached – 50.00 usd per barrel. If bears are not satisfied with this level, the next goal will be 36.29, from where a significant correction to the area 82.75 will take place (red arrow).

Alternatively, rollback directly from current levels will take place (blue arrow). In the technical term of view, correction is required critically, but we remember that oil drops on fundamental reasons which are still in effect. So meanwhile it is not recommended to buy Brent. 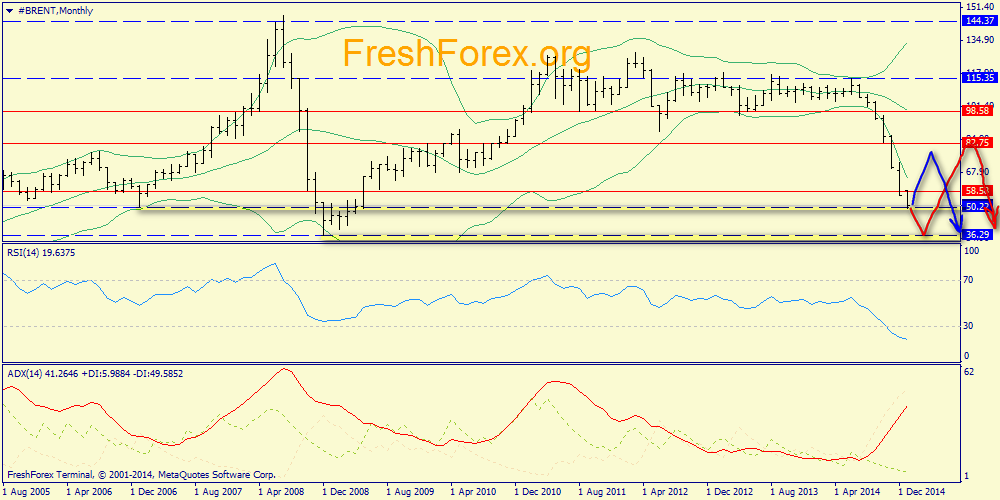 Weekly chart: the same situation is for the week. 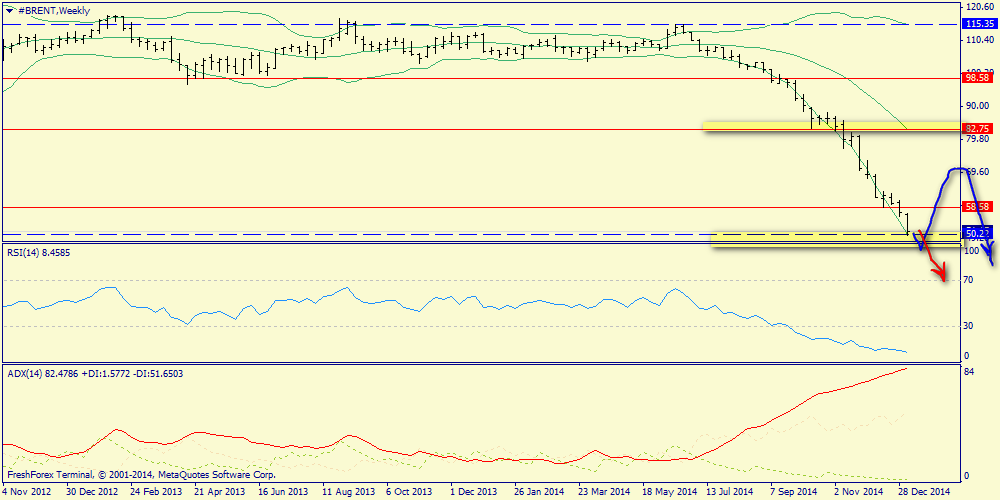 Day chart: two areas of allowable correction for both plans. The first one is the middle Bollinger band (58.58, red arrow), upper Bollinger band works for the second plan (67.35). 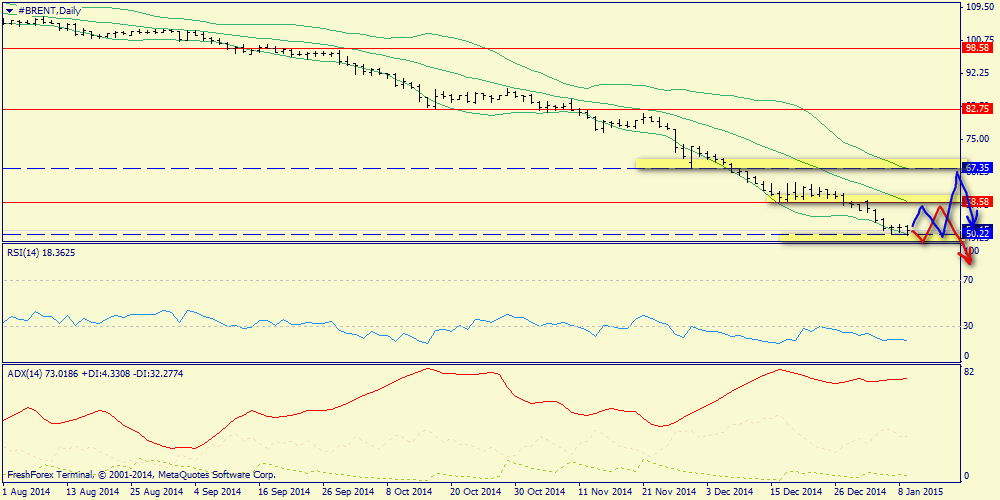 Conclusion: so, our main expectations are about continued decline of the oil in the direction of the middle goal 36.29. Under this plan, a preliminary correction to the area 58.58 may take place. Alternatively, a start of a significant correction from the support 50.00 in the direction of 67.35, from where decline will continue.

Monthly chart: rollback still comes from the bottom Bollinger band to the first goal in the form of the middle line (1256.00), from where bulls may try the upper band (1379.45) 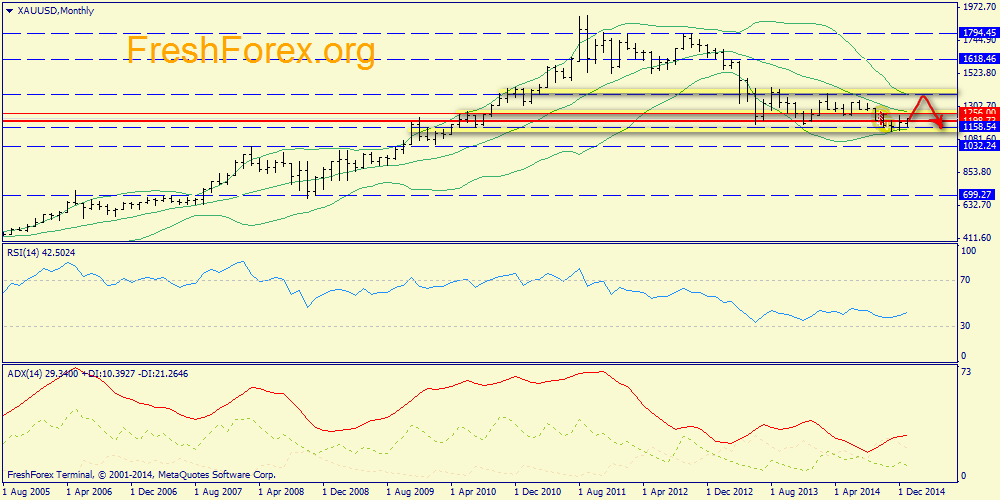 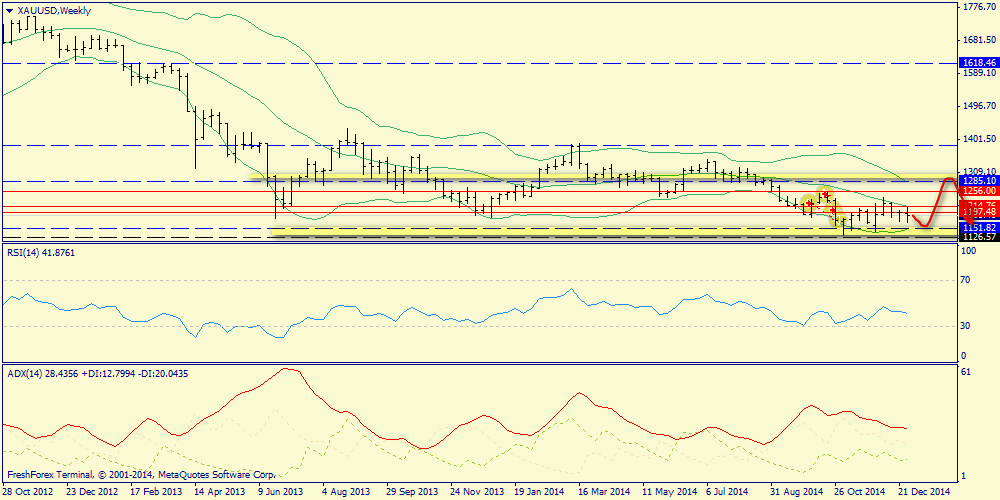 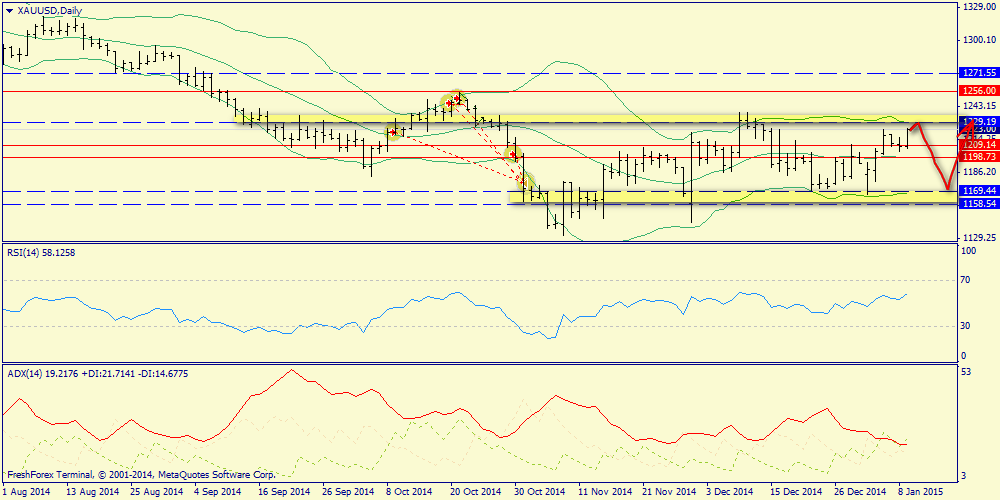