Monthly chart: so, we can state two things. The first is that the index is moving to reversal. The second one is that selling now is a bad idea. The upper Bollinger band is continuing to grow. Now it has almost reached 2147.1, upon that, current bar has the character of pin bar too which is a bullish signal. Upon that, ADX/RSI contradicts that which is a pre-reversal sign. 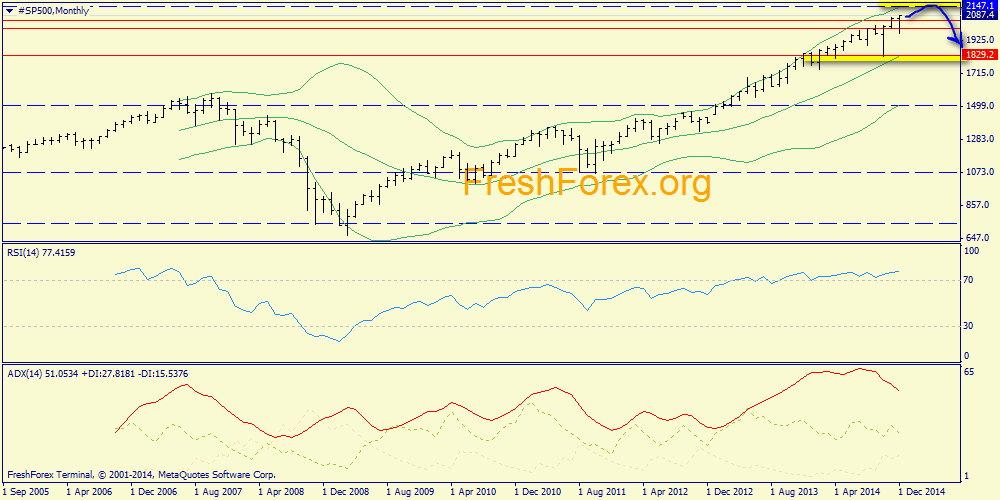 Weekly chart: the local levels of support and resistance are 2005.0 and 2110.0 respectively. ADX is going through correction, so it is possible that the price will stay in this range. 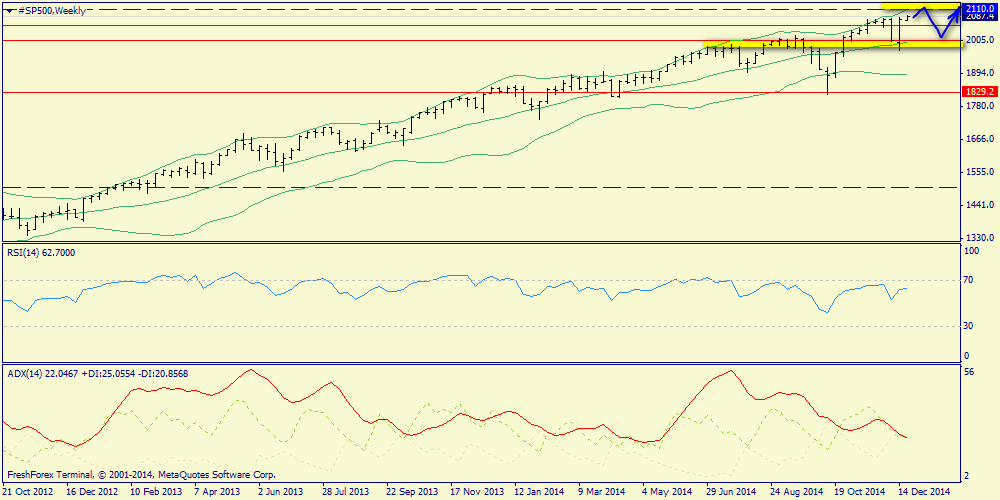 Day chart: support is even better concentrated at 2054.1 (the middle Bollinger band), resistance is at 2118.9 (the upper band). 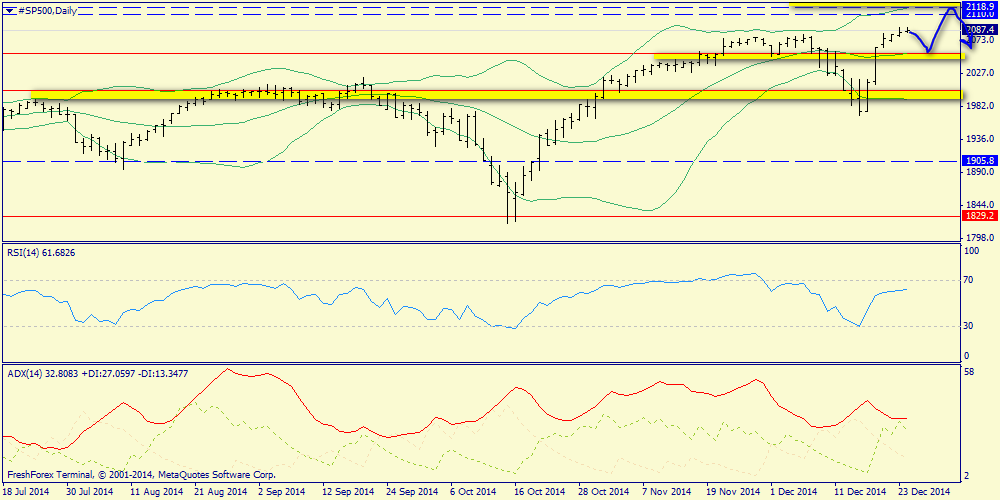 Monthly chart: oil still has descending character in the direction of 50$ per barrel. Taking into account that current bar is the third bar in succession beyond Bollinger envelopes, we can assume that after the fourth touch of 50.00 a significant upward correction will start in the direction of 87.32. In general, the chart a further decline to 38.67.

Weekly chart: the product is oversold to the extent which is enough for a rollback, but only sales tactics suits now. Possible range correction - 75.50-87.32, where you need seek for more signals for opening shorts on younger charts. 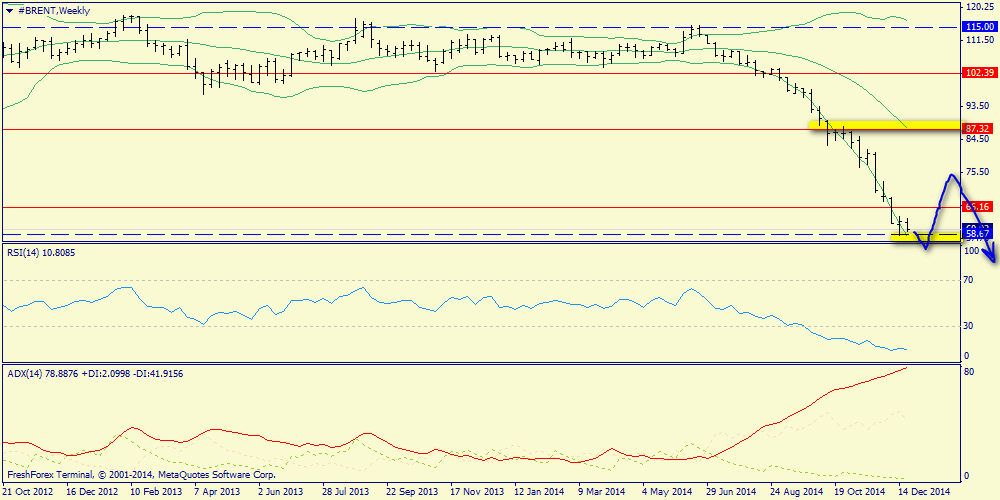 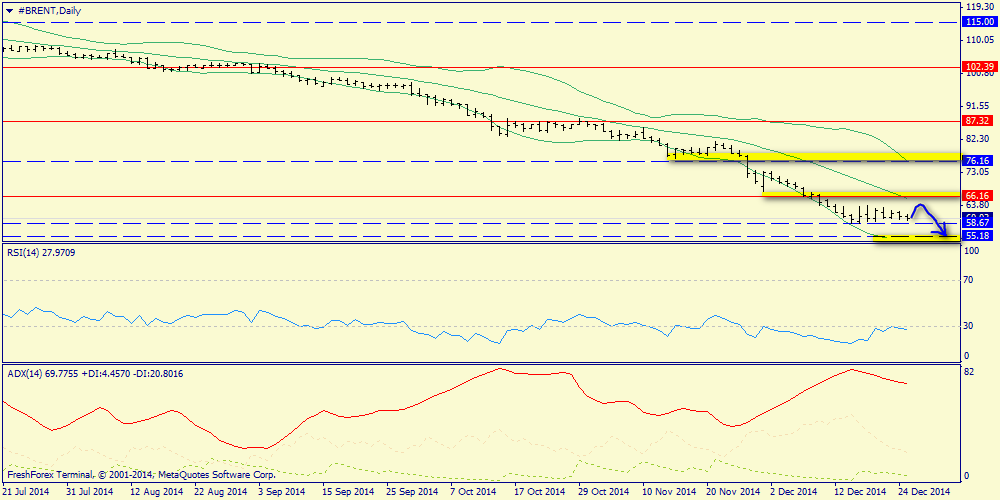 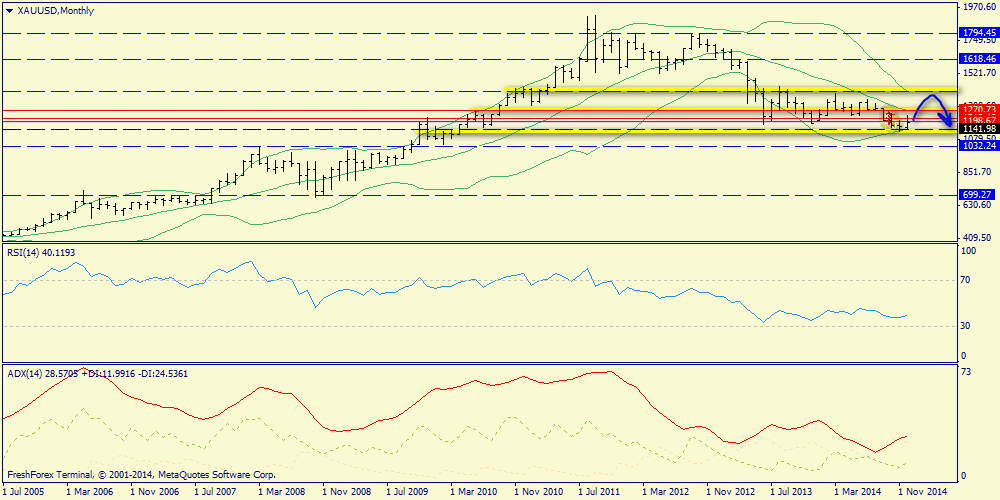 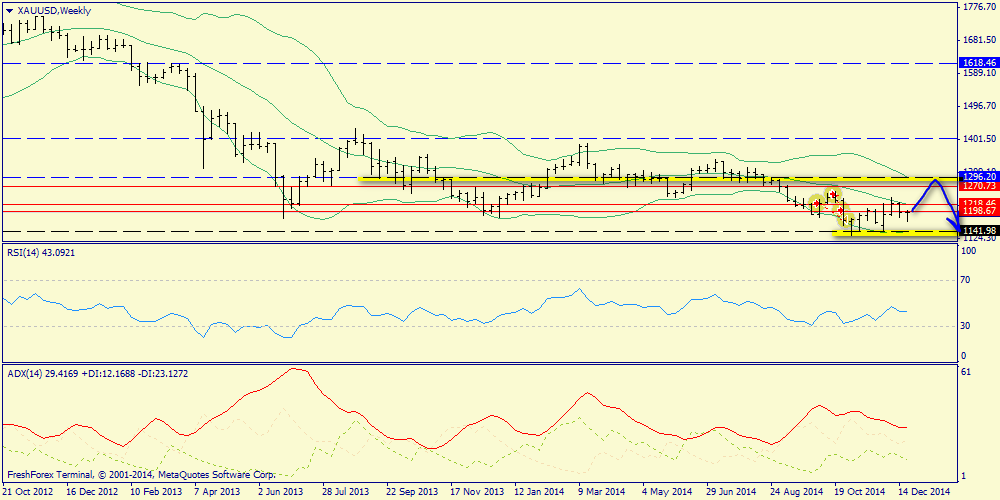 Day chart: Bollinger envelopes are horizontal and stable, so there is a high probability that bears will show the potential to drop to the upper band (1234.36). Target - 1164.17 (the bottom band). 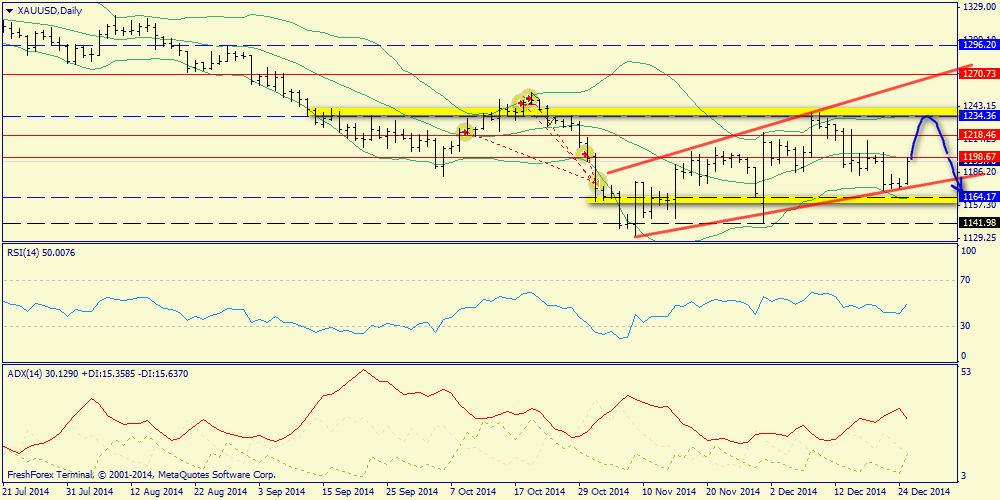