Monthly chart: the indicator still shows that the index is preparing to reverse down, but bulls still keep a good shape. There are targets in the upper part, so it is to early to talk about reversal until the upper Bollinger band (2137.8) is touched. 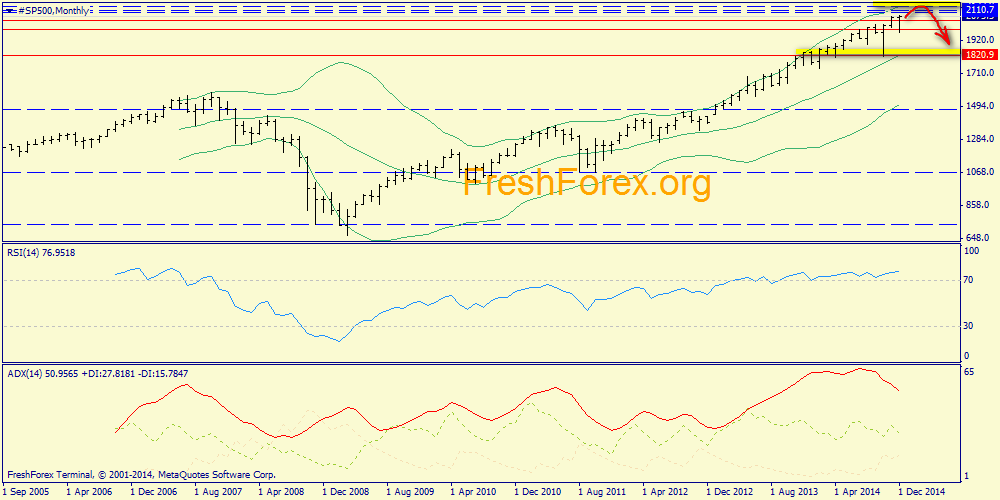 Weekly chart: we confirm bullish attenuation by divergence of the oscillator. Meanwhile support 1999.0 is reliable. Resistance - 2098.9. Since ADX is passive and upper breakthrough may not happen, trading within this range is not excluded. 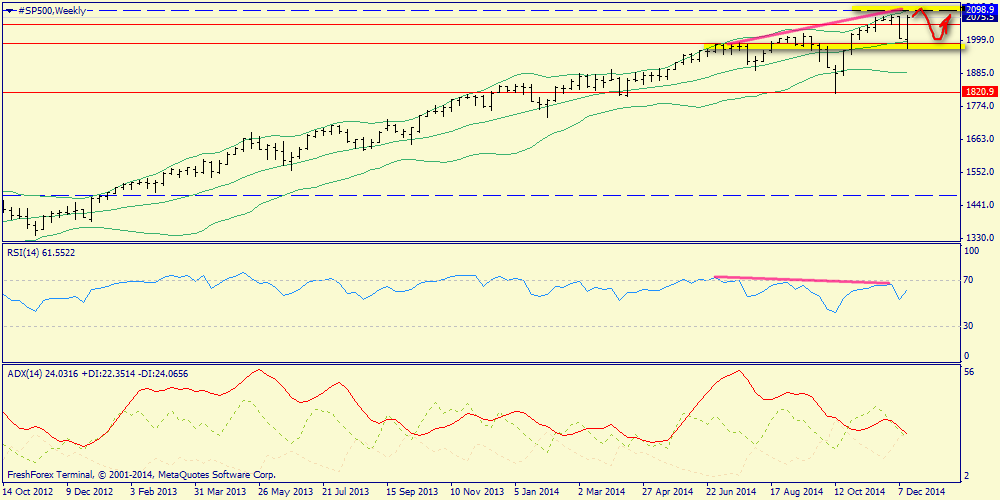 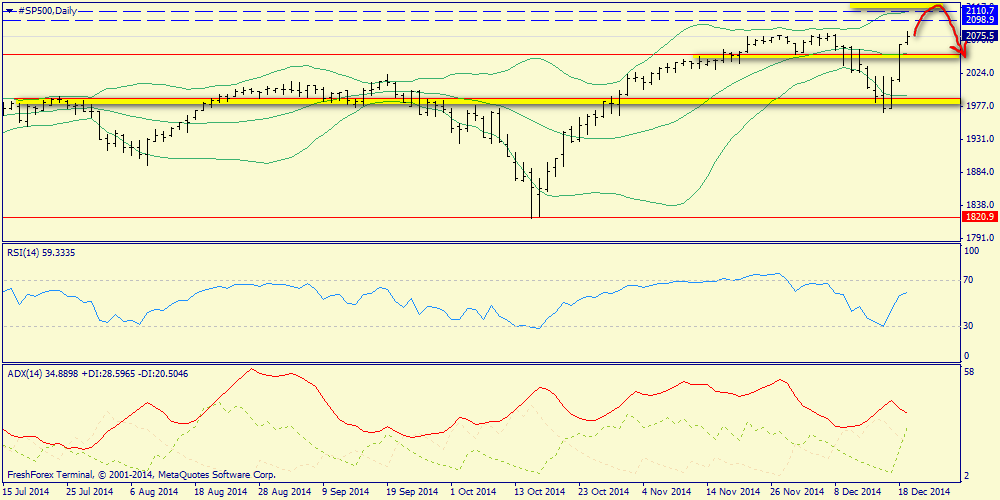 Monthly chart: a heavy pressure not only continues but grows. Upon that, oil is heavily oversold. Two points of support are in front – 55.48 and 51.87. There is also a phantom of 35$ per barrel (if support 51.87 is lost). This is middle- and long-term outlook. 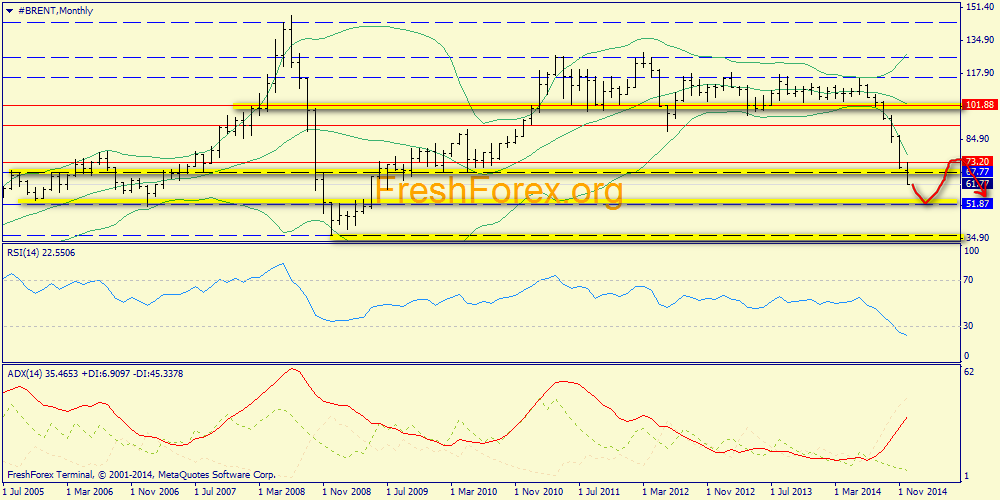 Weekly chart: the situation is similar here – a strong bearish pressure, whereas the oscillator is oversold. The question here is the level of possible correction. This level can be the day middle Bollinger band (69.21, red arrow), either weekly average (90.00, blue arrow).

If local short signals occur, we can sell oil from the specified levels rather confidently, targets will be 54.48 and 51.87 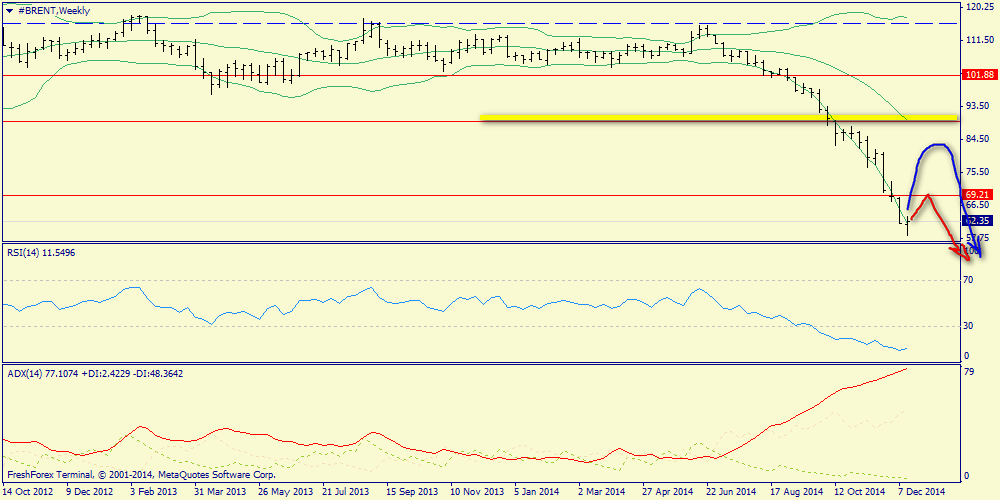 Day chart: we confirm readiness to ascending correction. Target of correction are 69.21 (the middle Bollinger band), either 83.13 (the upper band), from where the price will drop with a high probability. 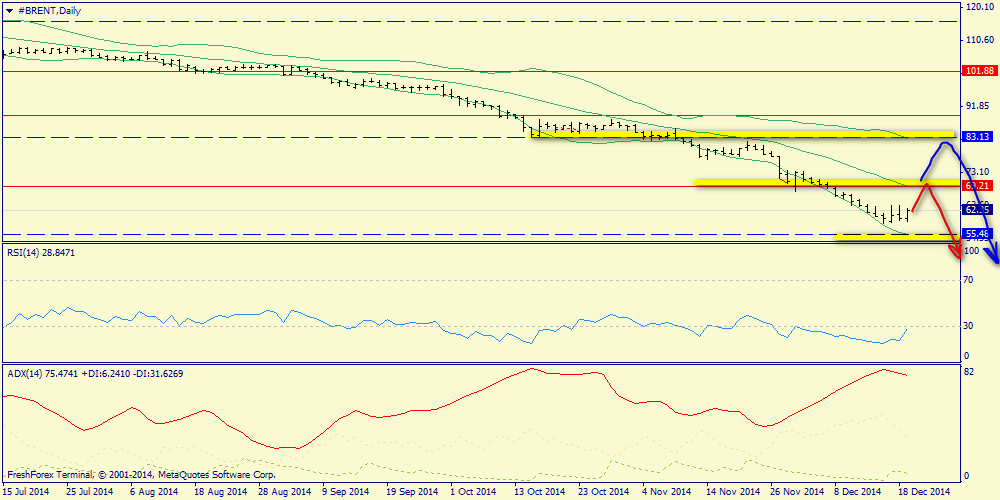 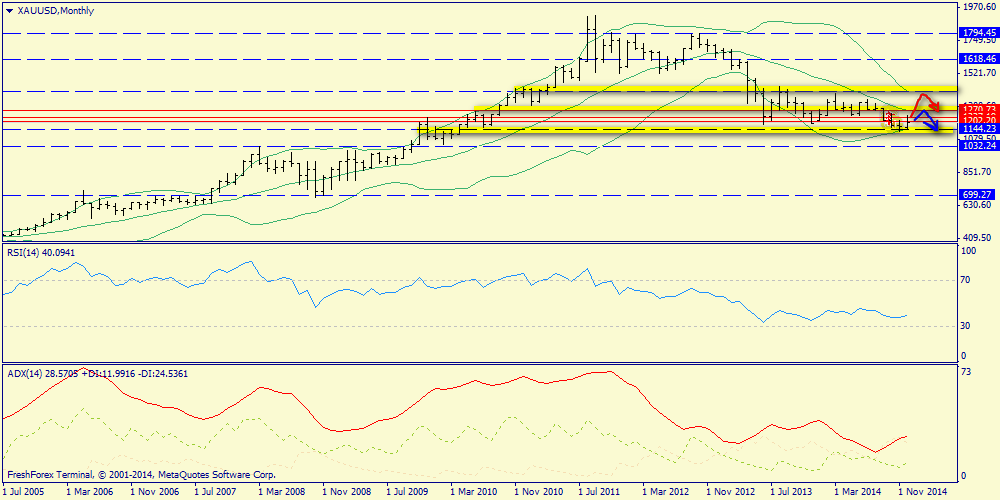 Weekly chart: bullish convergence of the oscillator helps us to confirm Northern direction of price. Potential level for purchase can be based in the area of the bottom Bollinger band (1144.23). The target is - 1307.47 ( upper band). Confirming signals is the leave of the area 50% of pin bar. 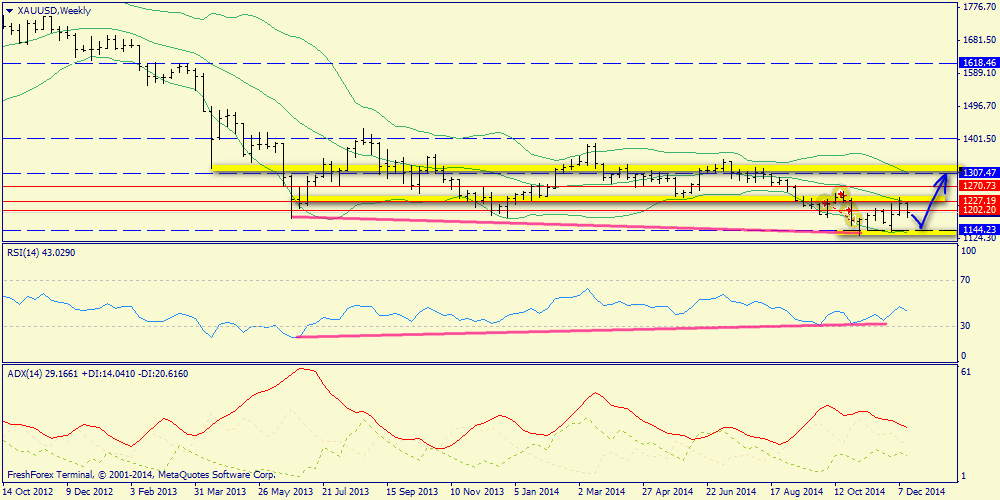 Day chart: strong support is expressed by the bottom Bollinger band (1173.83).You can also buy here. Besides, we see that potential of growth of current week is limited by the area 1227.19 (the upper Bollinger band) 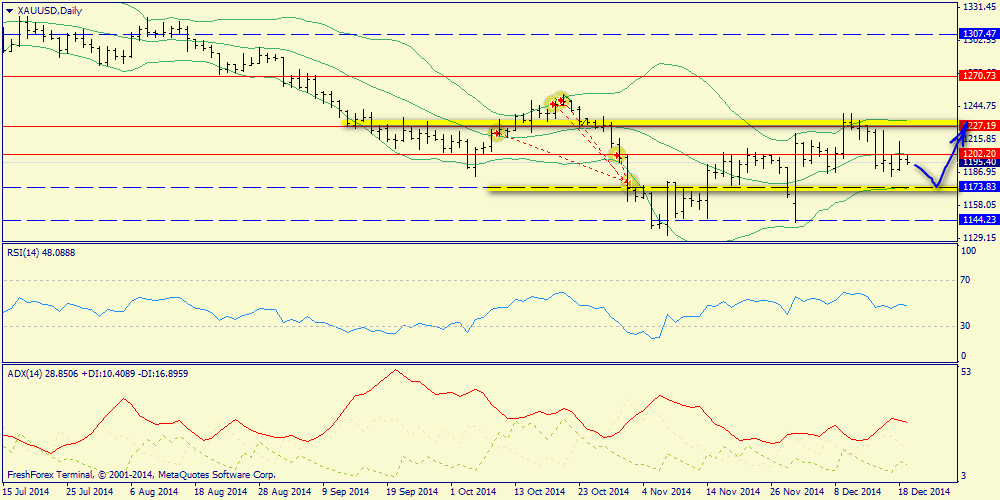 Conclusion: main scenario is the rollback to support 1173.83 ad then growth to 1227.19. Alternatively, the price may go down deeper to 1144.23 and then grow within the frame of main scenario.