Monthly chart: the upper bottom Bollinger band is based at 2121.1, where potential Low of the index is situated. Notable sale signals can be formed on this level, because ADX/RSI is in pre-reversal position. 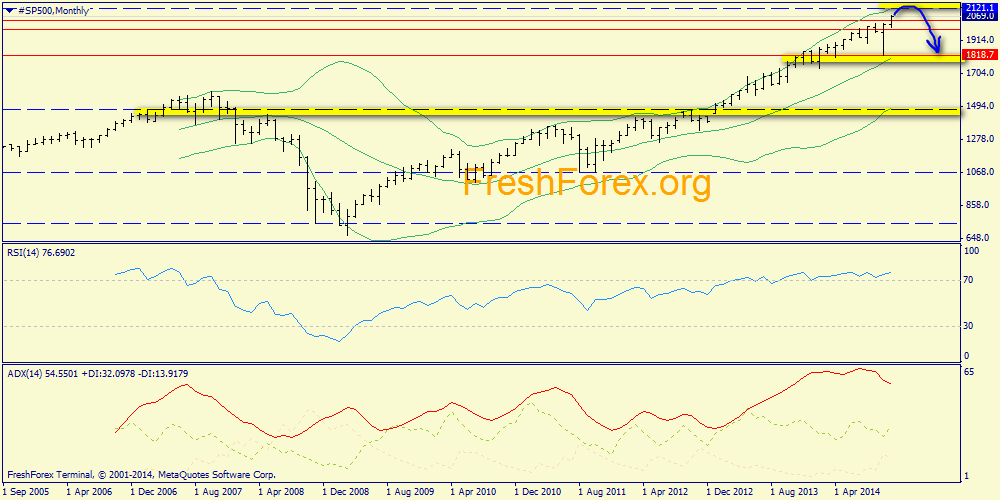 Weekly chart: bullish pressure has been preserved and moves upwards to 2121.1 are to be made. 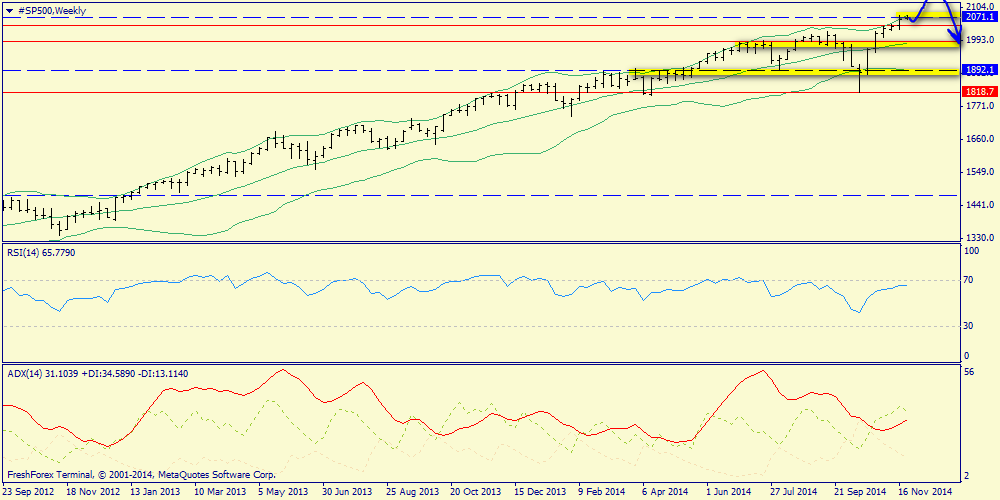 Day chart: some signs tell about necessity in preliminary correction. Two support lines from which bulls will probably reach the point in 2121,1 - are the middle bottom Bollinger band (2042.1, blue arrow) and the bottom line (1998.3, purple arrow). 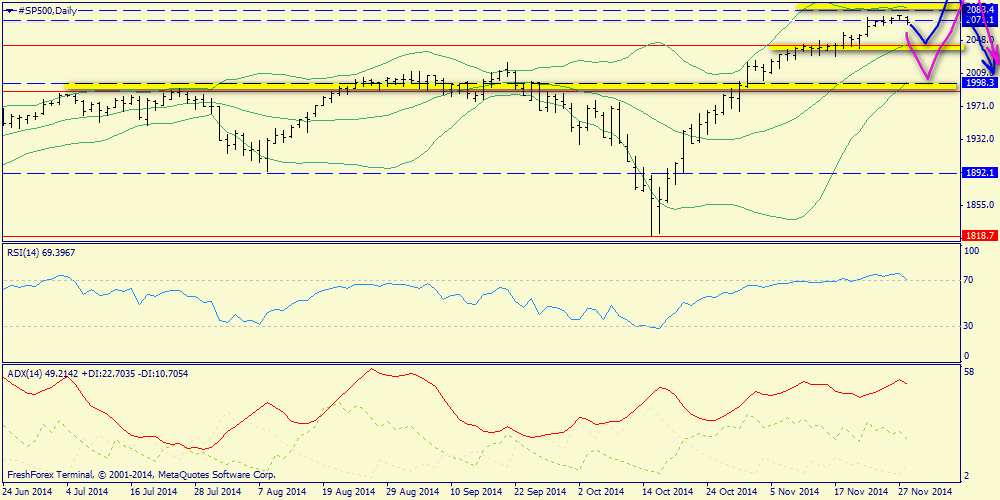 Conclusion: main scenario is decline to 2042.1, then growth to 2121.1 and start of reversal down. Another option is the scenario but with a deeper decline to 1998.3.

Monthly chart: technically justified decline of the oil, ADX is moving down. Critical line of support 70.03 has been reached. If this area is neglected by the market, there are all reasons for a further drop – first to 51.87, and then to fantastic 35.00 per barrel (by purple arrow).

We cannot ignore the plan of preliminary correction (blue arrow). In this case we expect rollback to the area 88.00-90.00 and a further delcine. 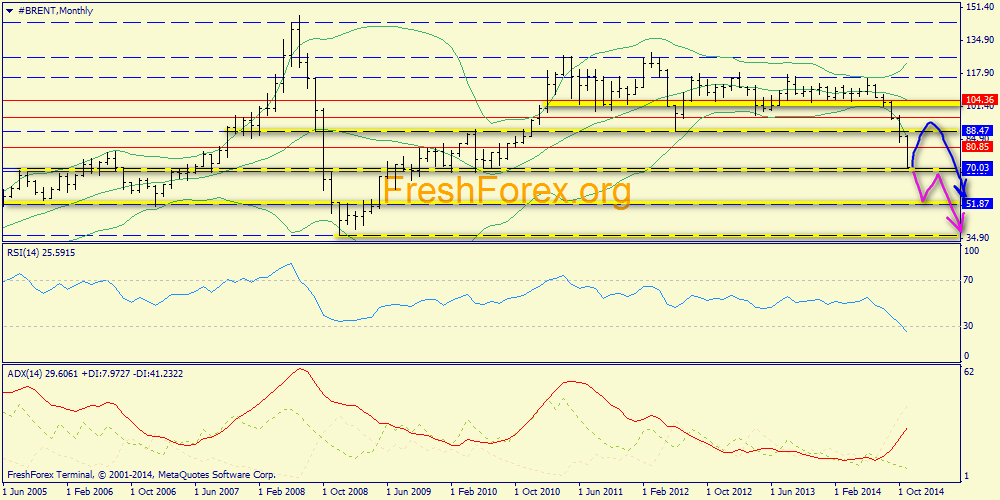 Weekly chart: the market is rather oversold, but who cares on such fundamental movements? One more breakthrough of the bottom Bollinger envelope allows correction towards 88.47 (cannot get higher, because reversal will be shown through Over&Under). 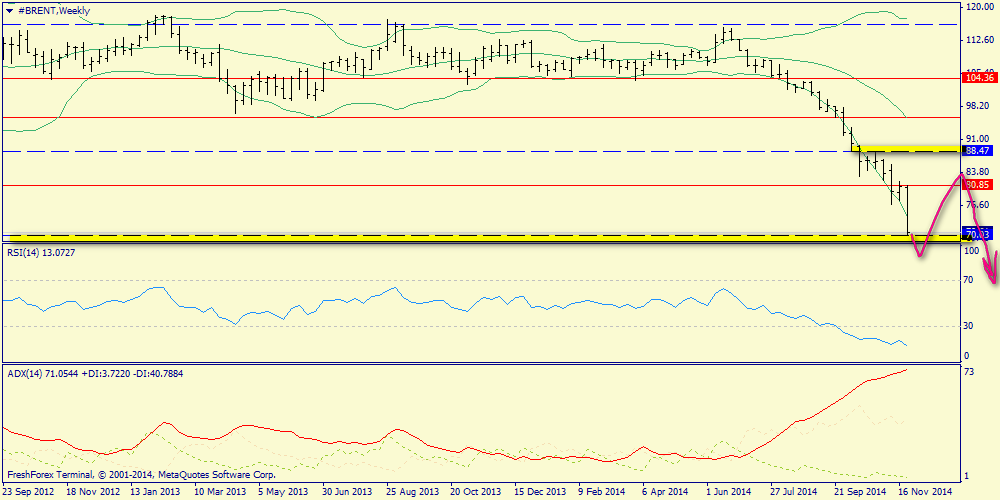 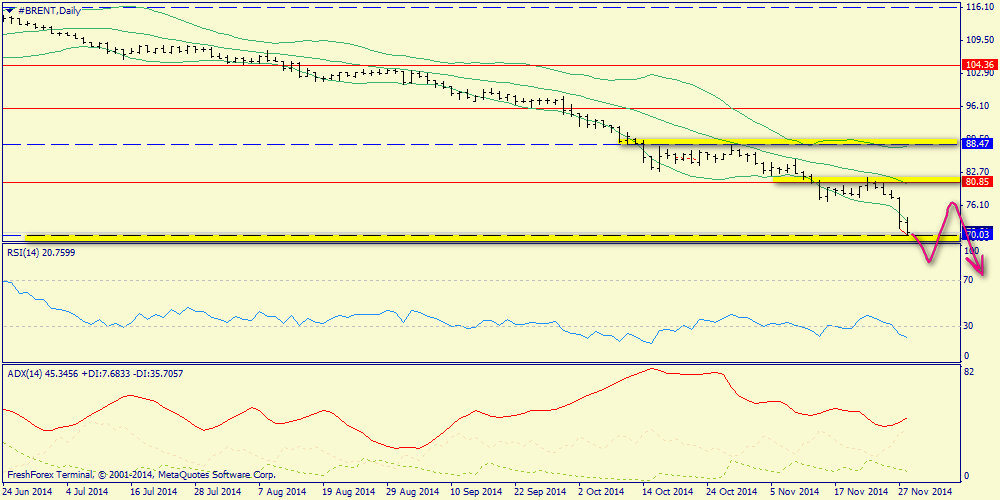 Conclusion: so, there are the risks of decline to 51.87. Upon that, a minor local correction to the area 80.85 is possible. If scenario of such correction is justified, we can find pretty good short signals and keep the orders opened down to 51.87.

Monthly chart: ADX just prepares for a possible momentum but there is still time for it. Besides, support 1138.65 retains in a rather good way. Resistance is based on the middle bottom Bollinger band (1243.64). It seems, that gold will decide about its further behavior in this range. 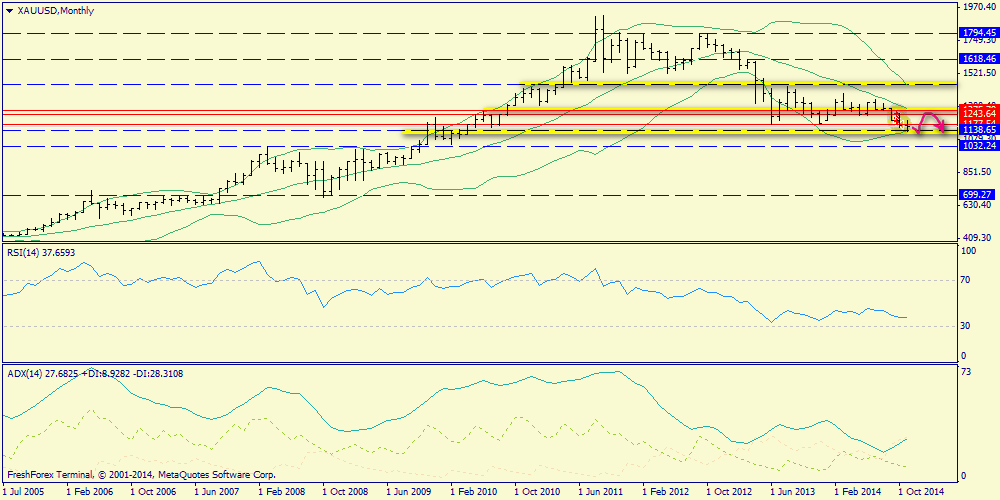 Weekly chart: the same as the above plan. 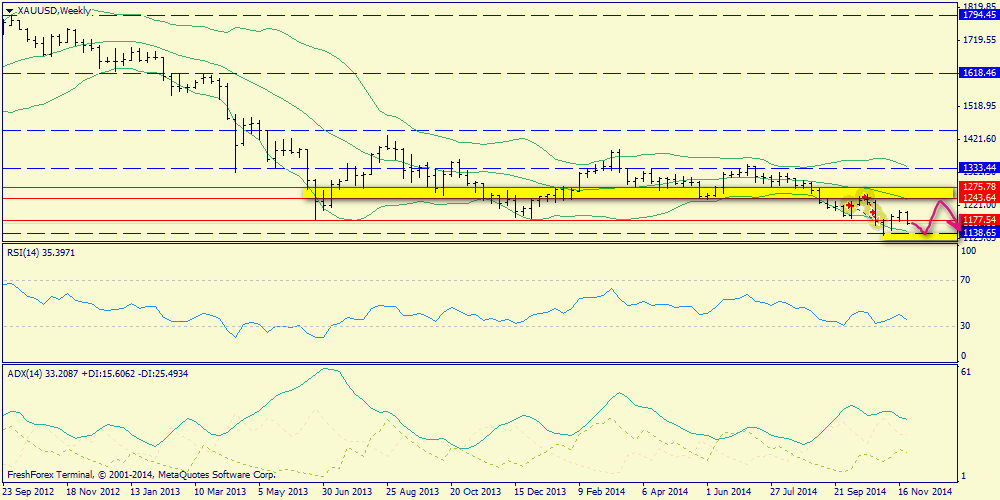 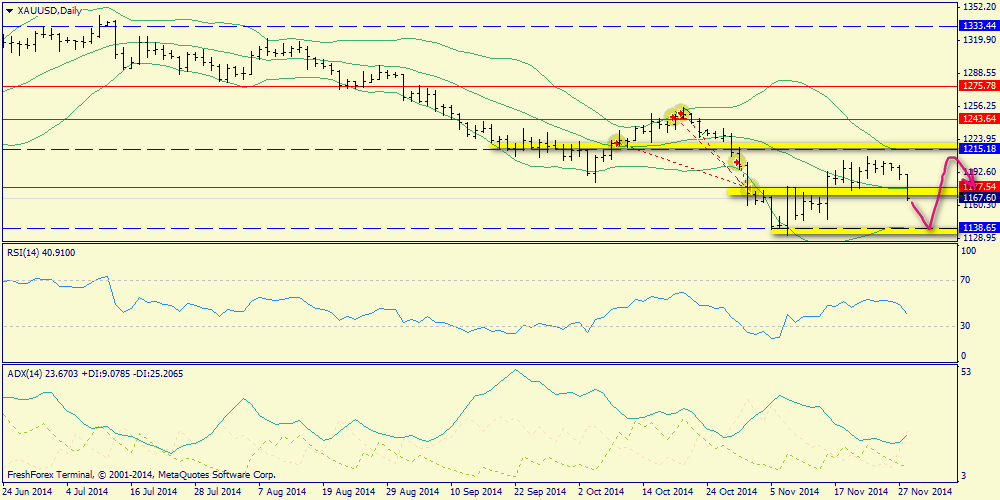