Monthly: I am still in favor of the idea that ​​ decline of the index up to the lower Bollinger band (1926.4) is on. Given weakness of ADX, this forecast will certainly take more than one week to be implemented. 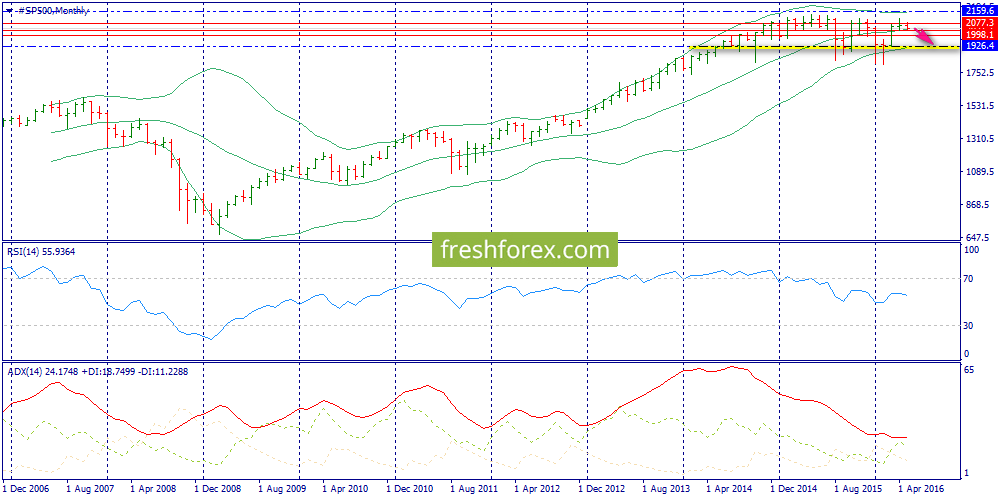 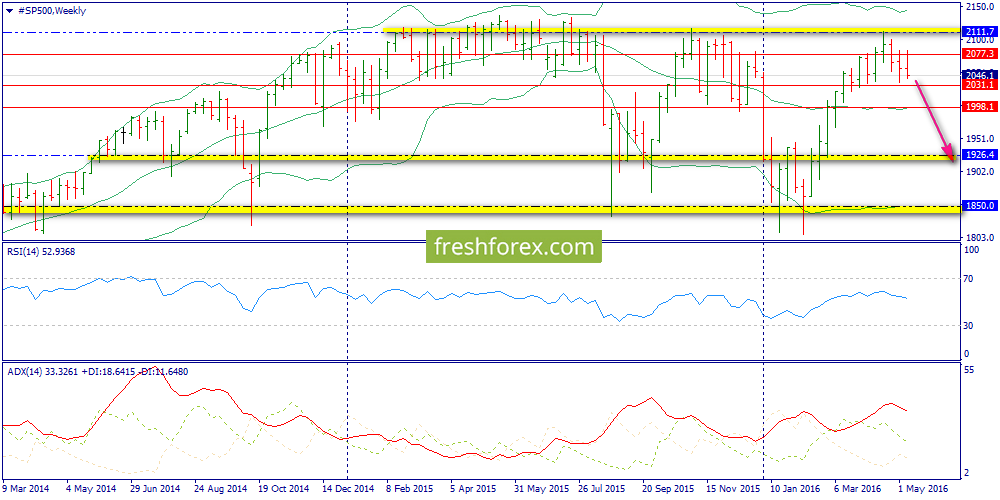 Daily: ADX is close to the active zone. Support from the lower Bollinger band (2042.1) may be under a rather big load. A further rollback to the middle band (2077.3) is probable. 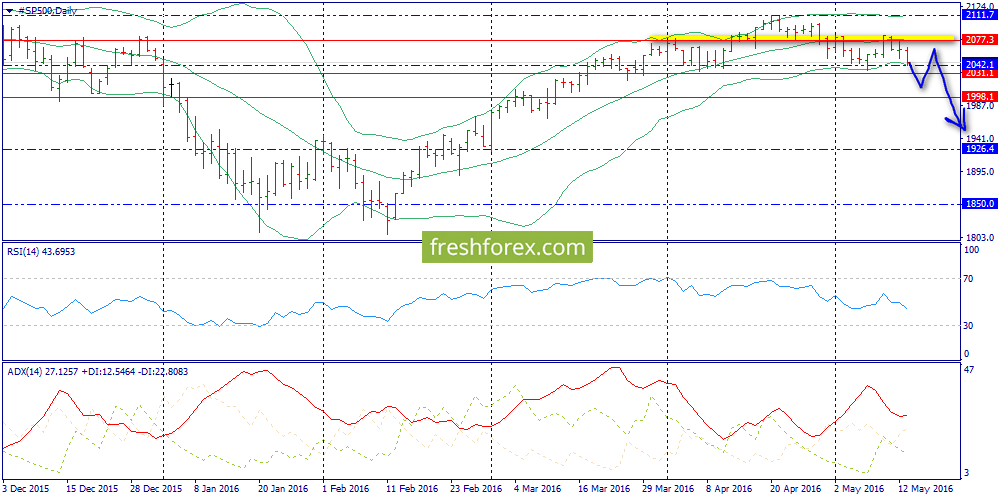 Monthly: the price does not change the overall trend – a continued technical correction towards 57.87 (the middle Bollinger band).With high probability, this level will be defended by bears on sales. But a risk of an ultimate upward reversal will also be here - the bullish convergence of the oscillator is too notable. 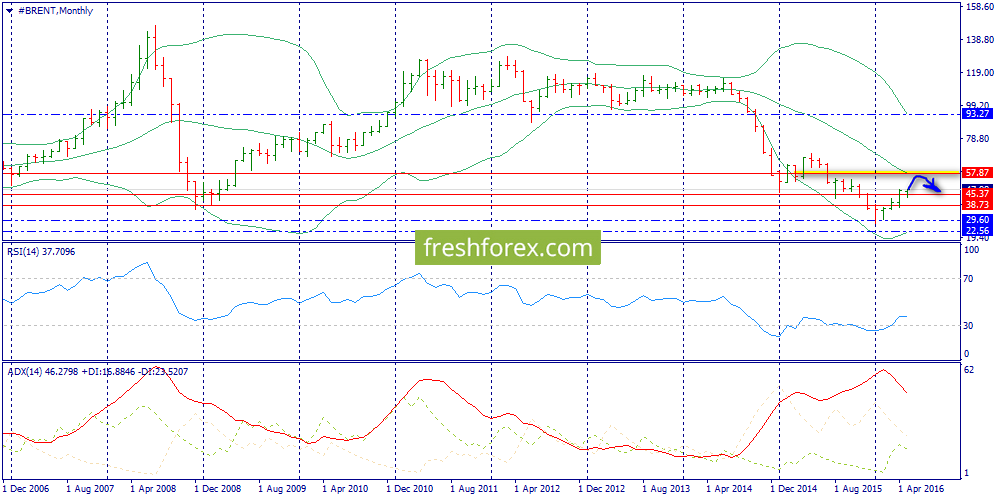 Weekly: Active trend ADX does not allow us to count on development of the ascending wave to 57.87. 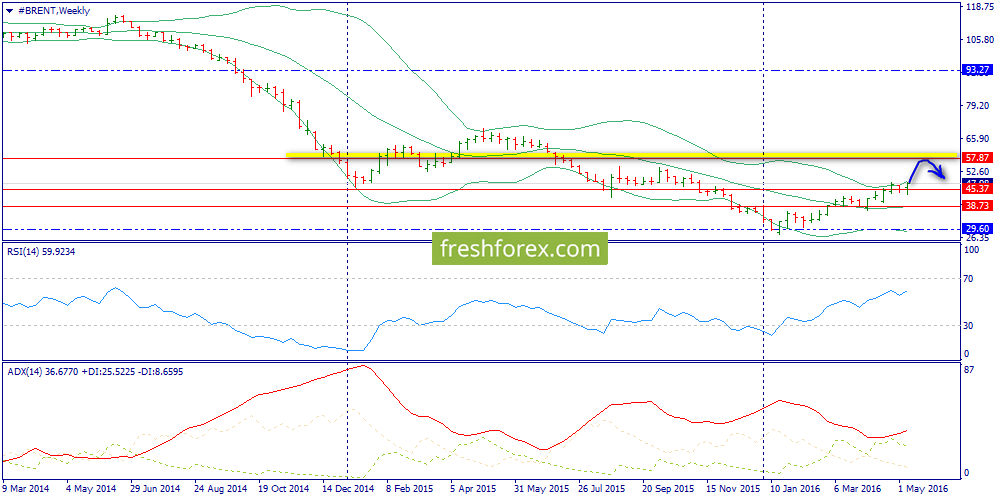 Daily: So far, local ADX is weak enabling bulls to attack through the pattern "Break of the top envelope". That means one more return to the middle Bollinger band (45.37). 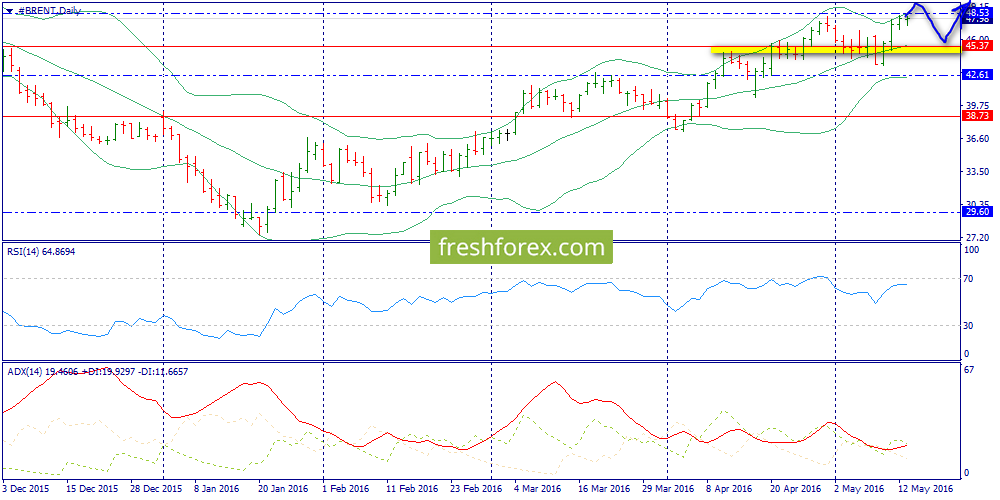 The alternative scenario - a direct growth to 57.87 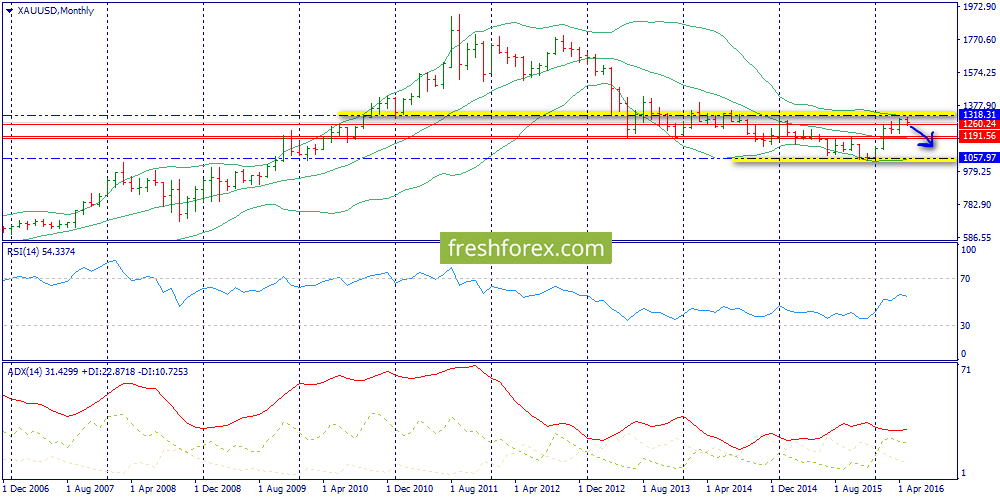 Weekly: clamping within the upper range of the envelope (1191.56-1342.35). The oscillator shows signs of divergence, but the top band keeps northern spirit, which makes one more surge to 1342.35 possible. 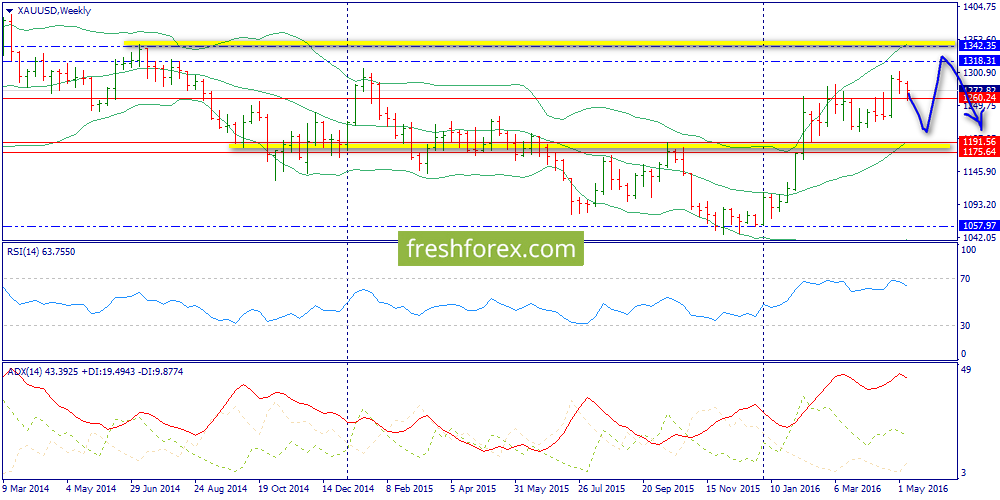 Daily: also divergence of the oscillator. Local resistance is at 1300.78 (upper Bollinger band). 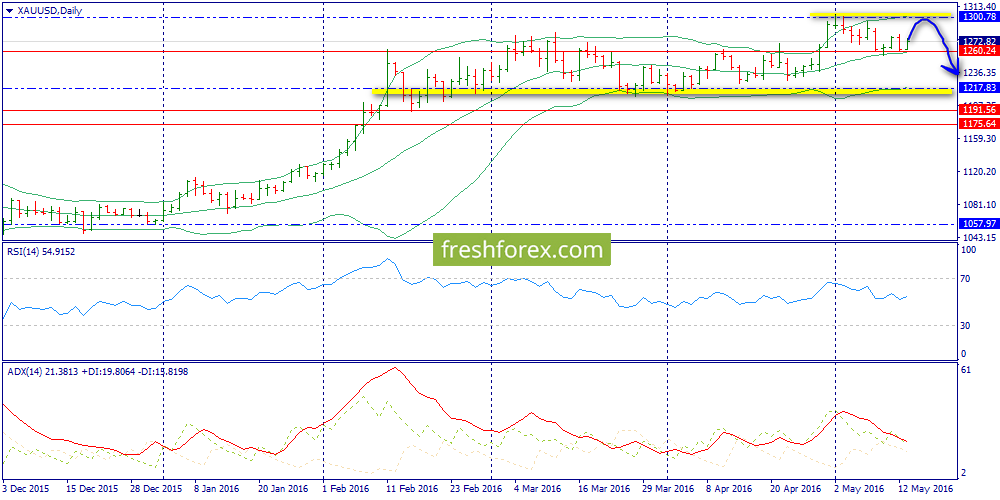 Solutions: not an easy situation for trading, because we have the multidirectional scenario. The areas for potential purchases are 1191.56-1217.83 and the area for sales is 1342.35. In these areas we should be looking for signals confirming the entry points.