Monthly: As you can see, the index is working out a very active bullish momentum of the trend line (simultaneosly punching September's inside bar). But ADX/RSI persistently tells us that upward movement is a correction, and thus, we can expect a turn down not higher than on the level of the upper Bollinger band (2166.3). Of course, full acknowledgment of downward reversal will leave under TL and the bottom Bollinger band (1809.0), which is obviously not a matter of the next week. 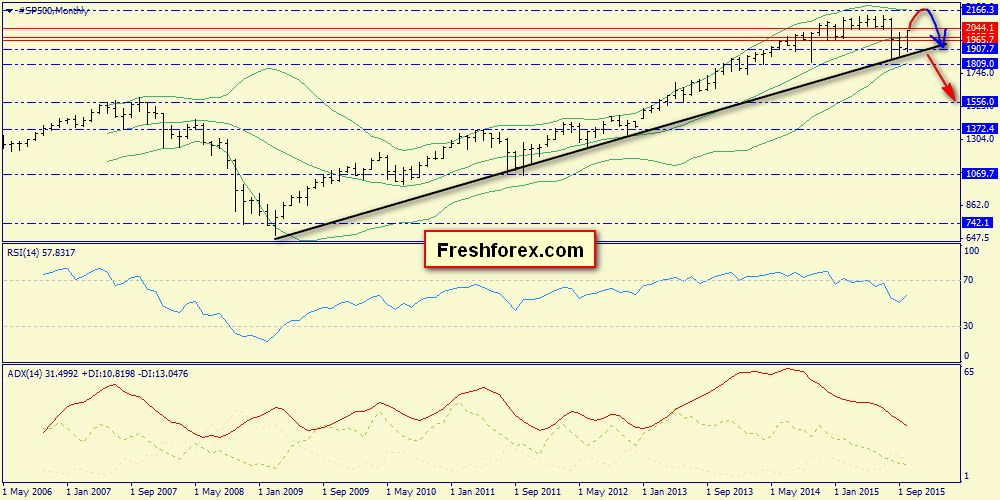 Weekly: growth faces strong resistance from the middle Bollinger band (2044.1) Oscillator is growing against ADX, so it is likely that a downward rebound towards the bottom band (1507.7) takes place. 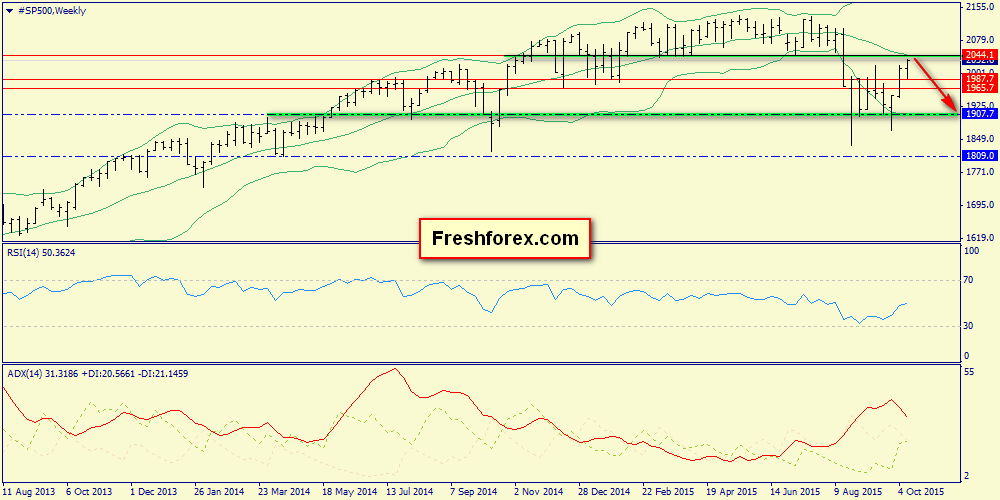 Daily: Here, in turn, there is pressure, so the breakdown/rebound against resistance 2044.1 - are equally probable. 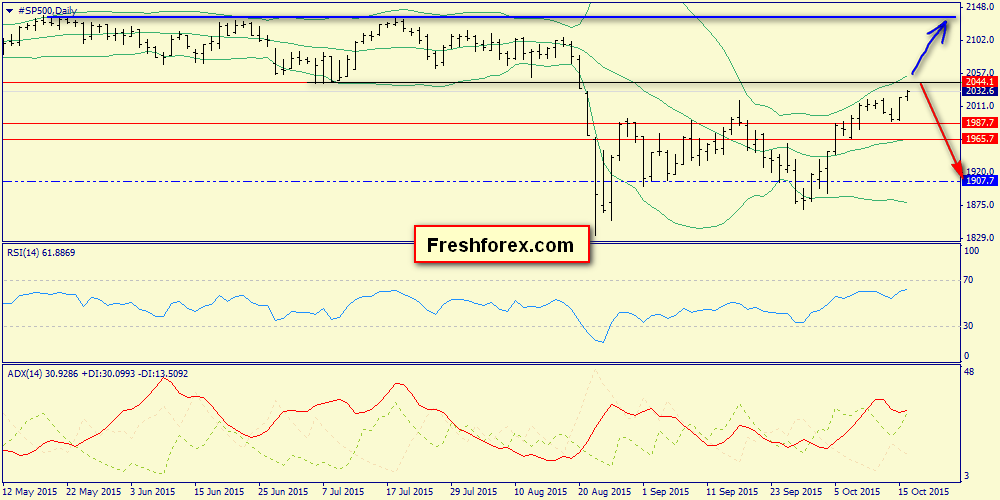 Monthly:  Bulls' attempt to break above the September IB is unsuccessful. Movement of the price under the bottom wall of the inside bar (47.07) enables a new drop of oil in the direction of the overall medium-term target 31.96, which is still highly relevant at this point 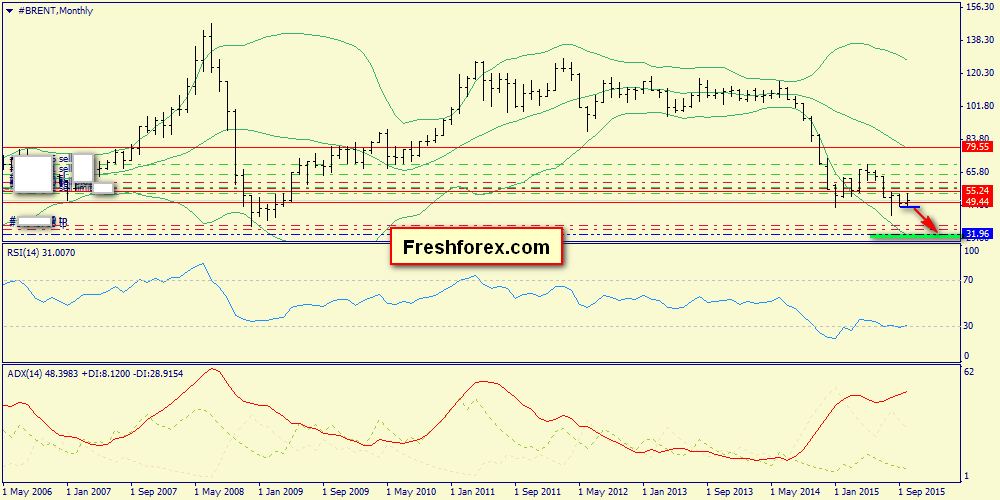 Weekly: Bearish IB from the middle Bollinger band is also a purely Southern signal in these conditions. Local support is around the bottom band (41.61) 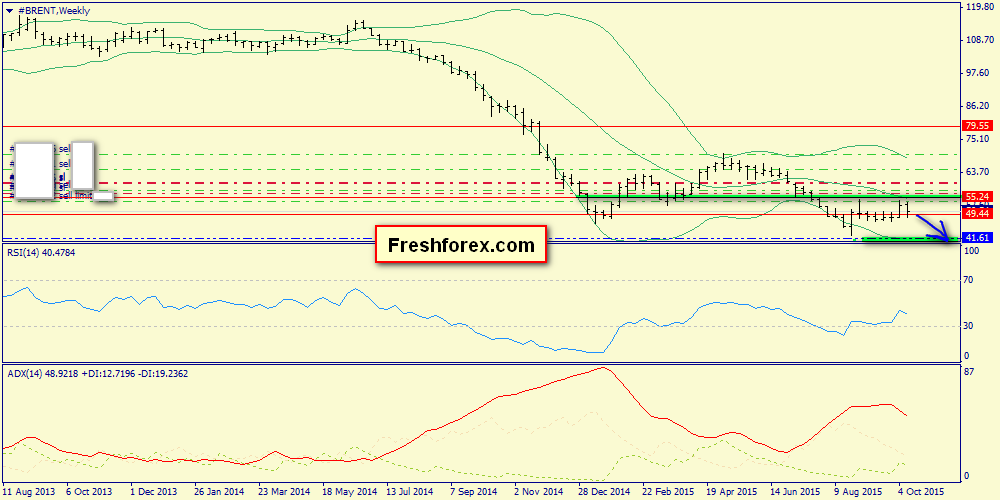 Daily: meanwhile, we notice local support from the middle Bollinger band (49.44), it may give Brent a chance to recover to 53.01 (the upper band), but due to horizontal status of the envelope (and the overall Southern karma with the two older charts), we can safely assume a further decline to the support 46.38, which, in turn, will create conditions for breakdown of the monthly IB. 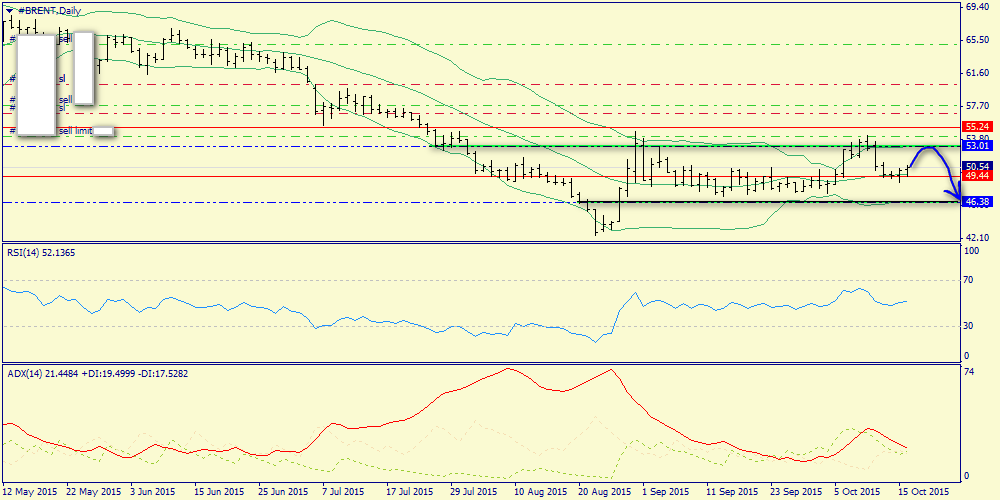 Monthly a very active upward movement within the framework of the September IB can tell about a strong potential of the northern movement. The nearest goal - the middle Bollinger band (1219.00). If this level can not withstand, we can see an even stronger recovery of gold to the upper band (1339.55, red arrow). 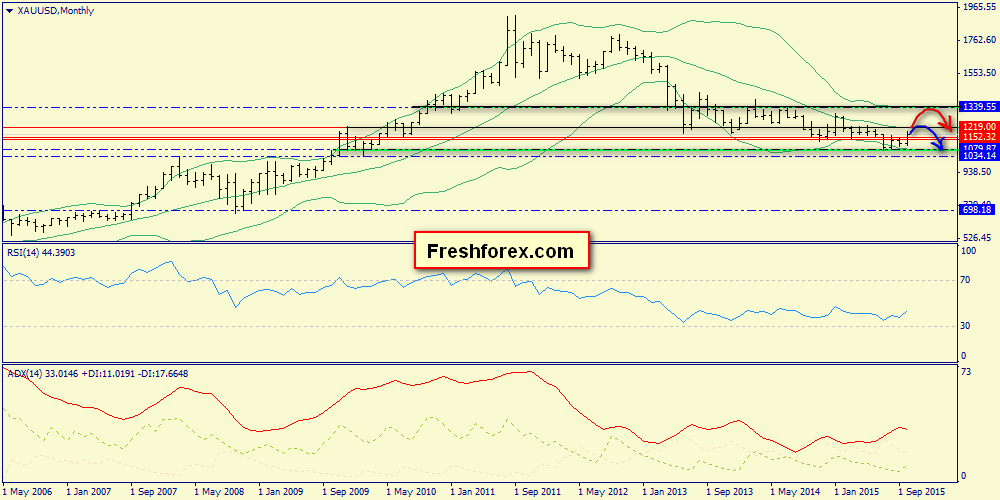 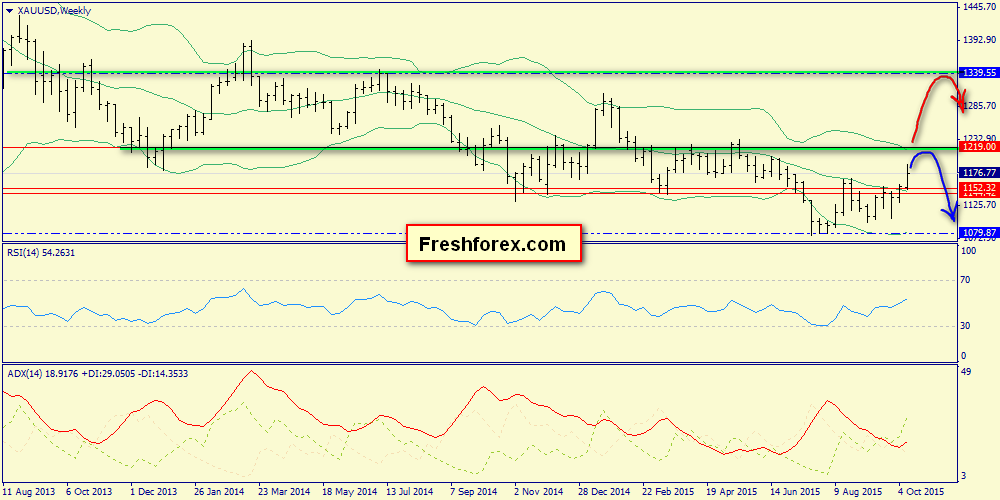 Daily: potential for a local correction to drop to the middle Bollinger band (1144.42) 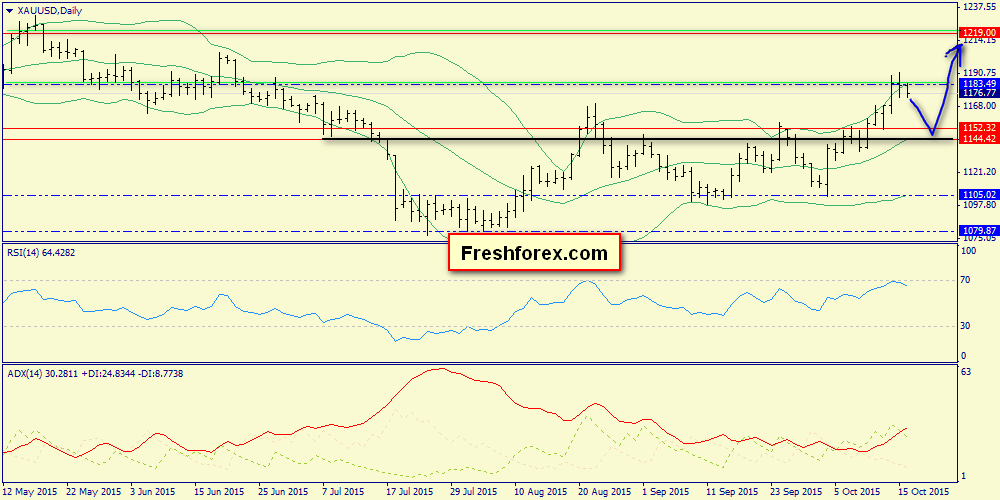