The monthly chart: September was closed by the inside bar and bulls during the first day of October corrected index almost by half of September range. In this case we witness ADX/RSI ration, so growth looks like only corrective. The options are either turning down a new inside bar at the end of the month, or intensive drop after the upward correction, which probable depth we will try to define on the younger chart. 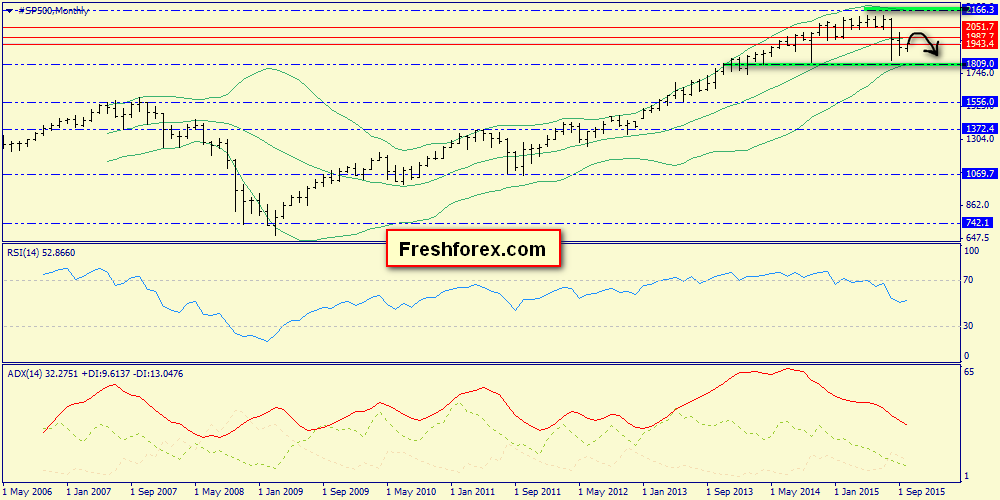 The weekly chart: around 1987.7 there is a zone of 50% bearish pinbar, where there may be break-even Stop orders sellers. The market may take the opportunity to "throw the extra passengers" before the main phase of the drop. 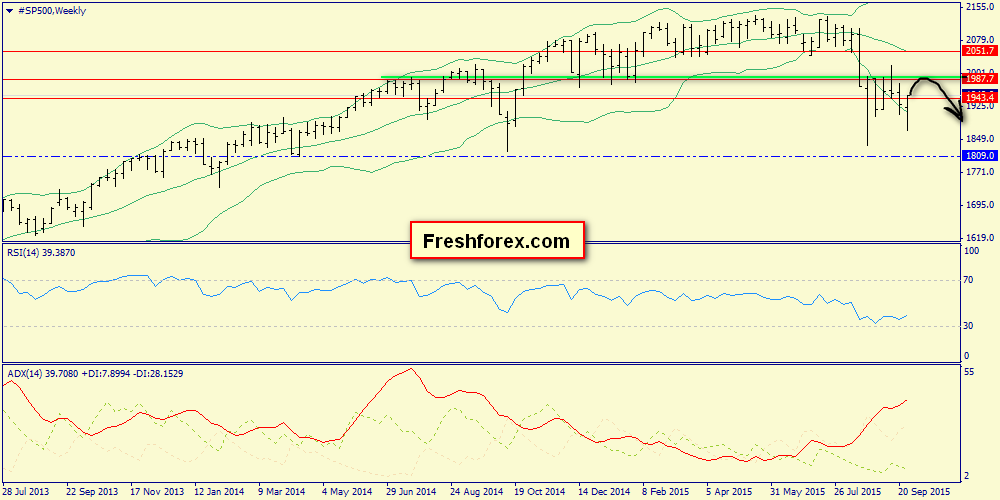 The daily chart: stable envelopes and weak ADX tell about the fact that in the area of ​​the upper Bollinger band (1987.7) there will be a strong resistance. Local goal of decline - support from the lower band (1887.5) 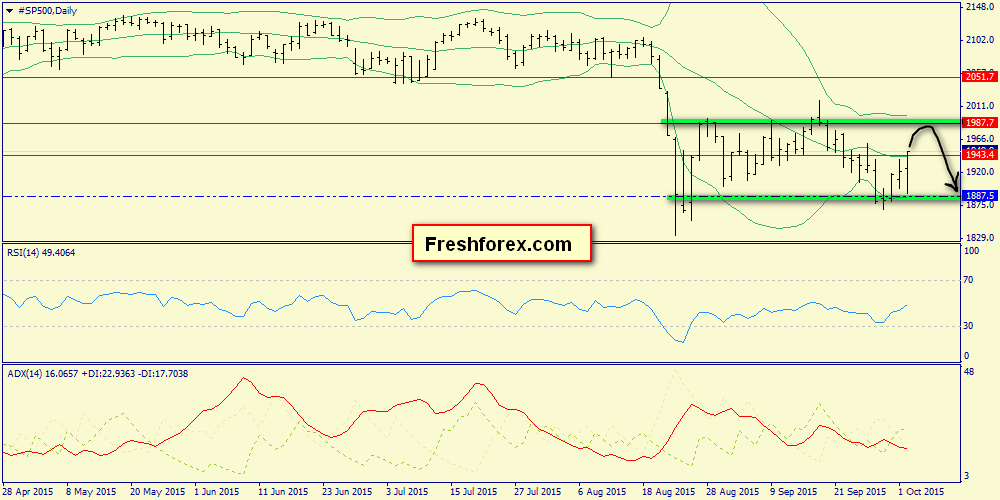 The month chart: sensation from the lower Bollinger band! New strong deepening now - to 31.20, almost $3 less per barrel than we imagined a month ago. The price of oil entails a large political component, but the chart is categorical: a further fall! 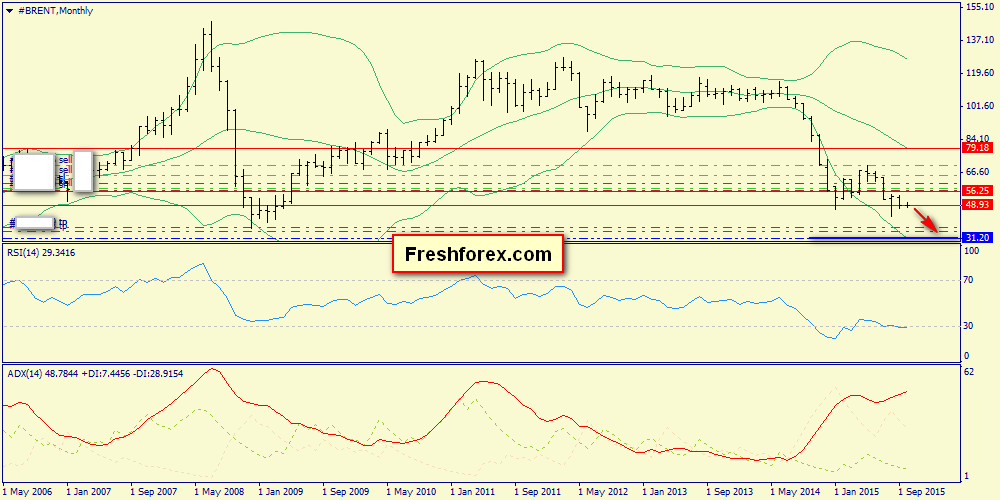 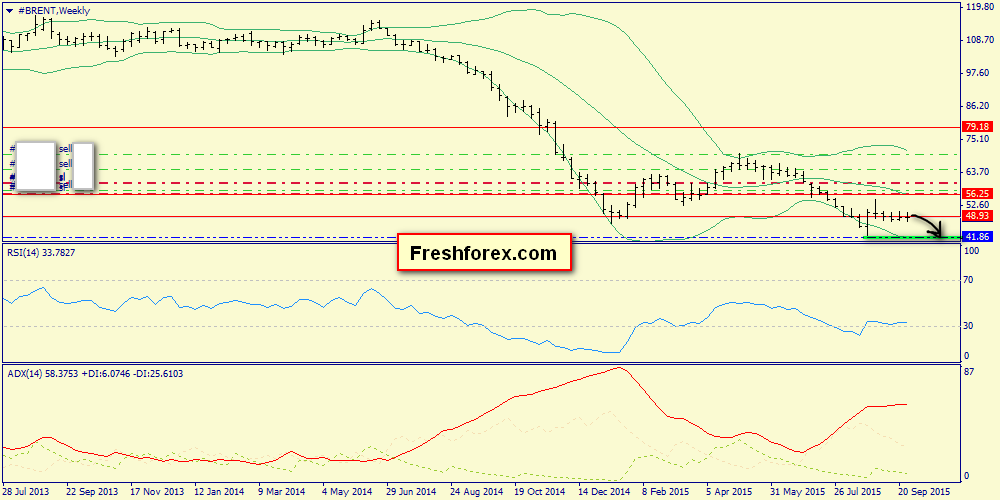 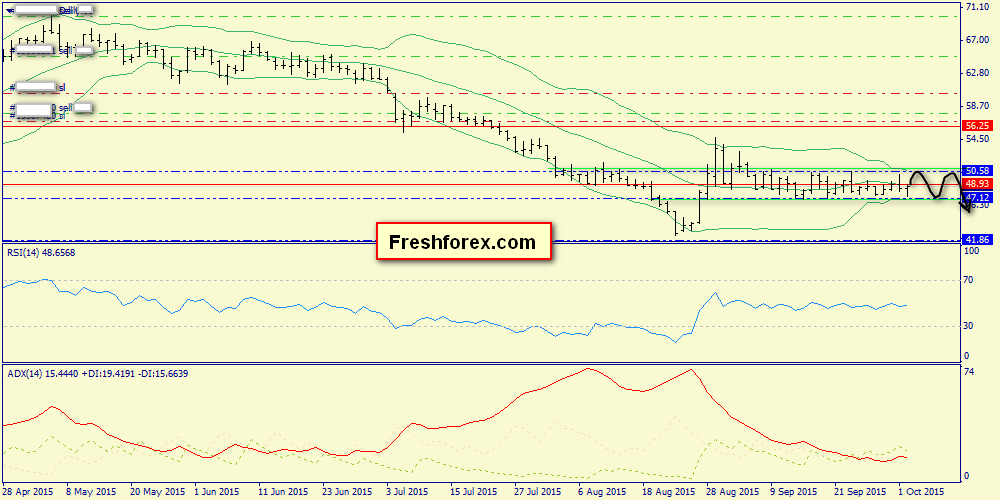 The month chart: huge spring tensioned in two consecutive reducing inside bars! Where it shoot exactly - is difficult to say, because the Bollinger envelopes are stable. You would think that in October we will bring another IB, but look at ADX - is conveys aggression! If bears lose their resistance from the middle band (1219), there is a serious threat to growth to the upper band (1354.82). In the meantime, we stick to bearish expectations to 1079.87 and the medium-term objective below 1000.00 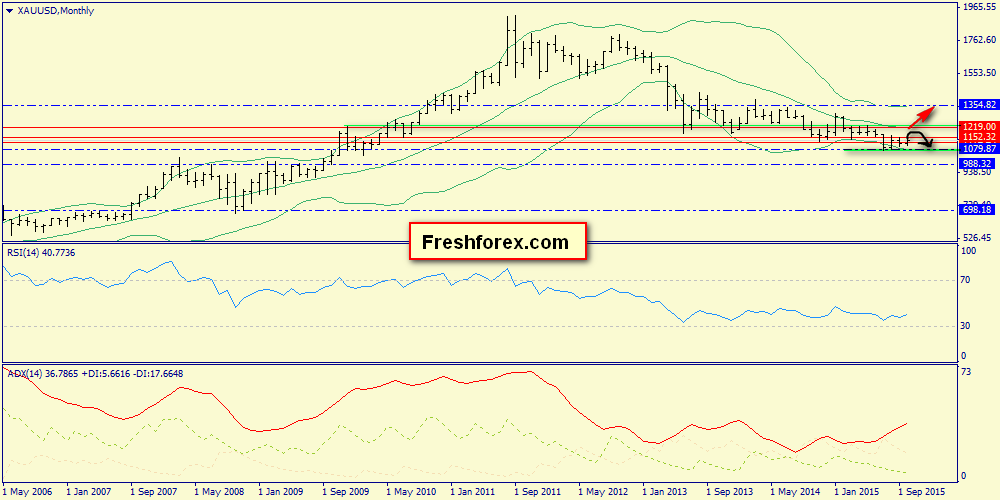 The weekly chart: ADX is weak, so it is likely that bulls will not be able to break above the middle band (1152.32). Otherwise - will be initiated the movement towards 1219.00 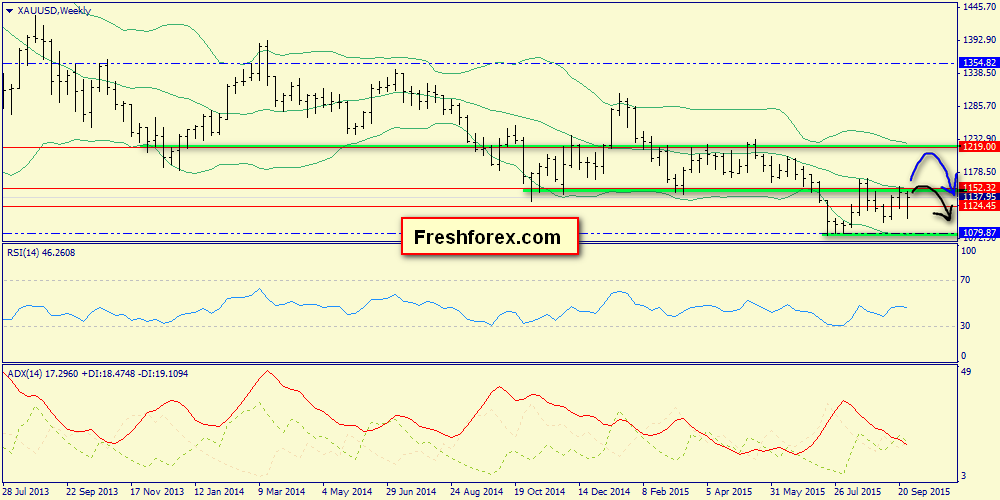 The daily chart: weak ADX plus horizontal envelopes. We are waiting for resistance at 1152.32 and drop to the bottom line (1098.78) 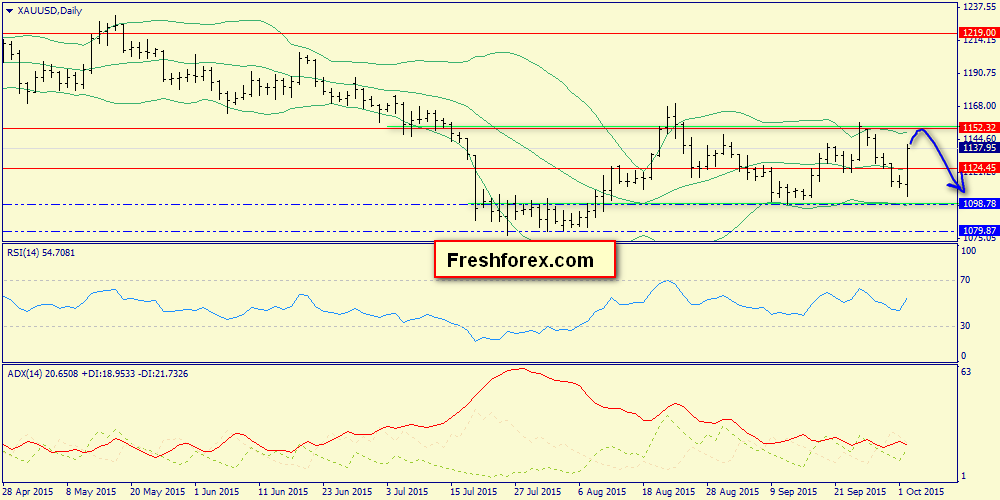