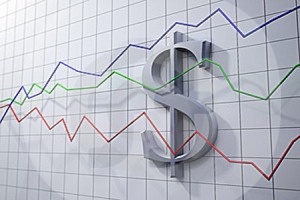 Commercial banks as one of the largest participants conduct operations with money rates both for own benefit with the help of own funds and through speculations. Using their own funds and working with other banks, they form so called interbank currency market. Their daily turnover amounts to billion of US dollars, which allows them handling large volumes and impact on fx rates significantly.

Market makers is the name of broker houses intermediating between various banks, funds, dealing centers etc. Line commercial banks, MM can propose their own prices, which makes them active market participants. In the result, they also impact on forex rates. Apart from them, they can make operations for purchase-sale of money rates at existing prices.

Unlike commercial banks, the main goal of Central Banks is regulating of currency on the foreign markets so that sharp shift of export-import balance won't happen as well as economic crisis and abrupt jumps of national currency will be prevented. Central Banks can directly impact on prices in the form of currency interventions or make indirect impact through regulating money mass and interest rates. Though net profit is not a main goal of CB, they can conduct operations via commercial banks. It allows to impact on pricing to mitigate own risks, because they are not interested in loss as well.

The most influential Central Banks are: US Federal Reserve, European Central Bank, Bank of England also called Old Lady and Bank of Japan.

Though these companies are not the biggest participants and do not have a direct access to currency market, they conduct conversion and deposit operations via commercial banks. Foreign trade companies are considered large-scale participants, because they can ensure supply and demand of foreign currency of big volume.

One of the main goals of currency exchanges was setting currency rate and arranging of prompt distribution of currency funds. Though as the means of communication improved and economic globalization of society upsurged, Forex market started taking their place.

Main function of dealing Forex companies is to maintain interaction between buyer and vendor in conversion or loan operations. In order to make private traders able to conduct operations in currency market with moderate funds, dealers provide them with a loan guaranteed by deposit and put on the market total sum of clients' funds. Dealing companies take fees for their services usually in the form of per cent from amount of transaction.

Thanks to marginal trading, individuals can now tale part in Forex market through intermediating brokers or dealing centers, banks etc. As a rule, the main goal of private Forex traders is obtaining profit via speculations.