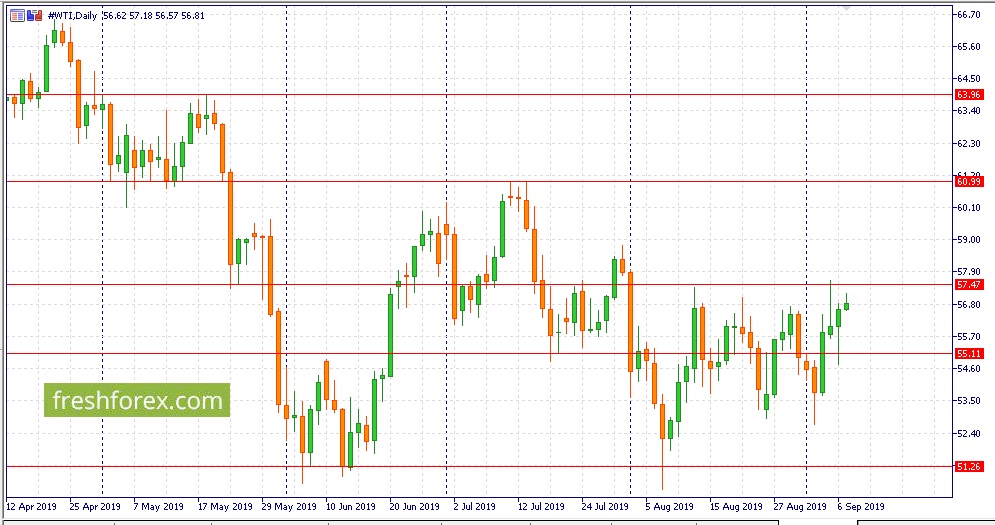 We're expecting the bull rally to continue! The decline in hydrocarbon production in North America will have a positive impact on the cost of oil. Overall, most of the week’s rig count decline was in oil-oriented rigs, which were down 16 to 767. Gas rigs dropped by 8 to 191.Permian rigs in the West Texas/New Mexico basin were down 15 in the past week, leaving 418. Permian sees lowest rigs count since December 2017. Oil and gas companies are reducing capital investments. High interest rates on Bank loans have a negative impact on the operating activities of energy corporations. 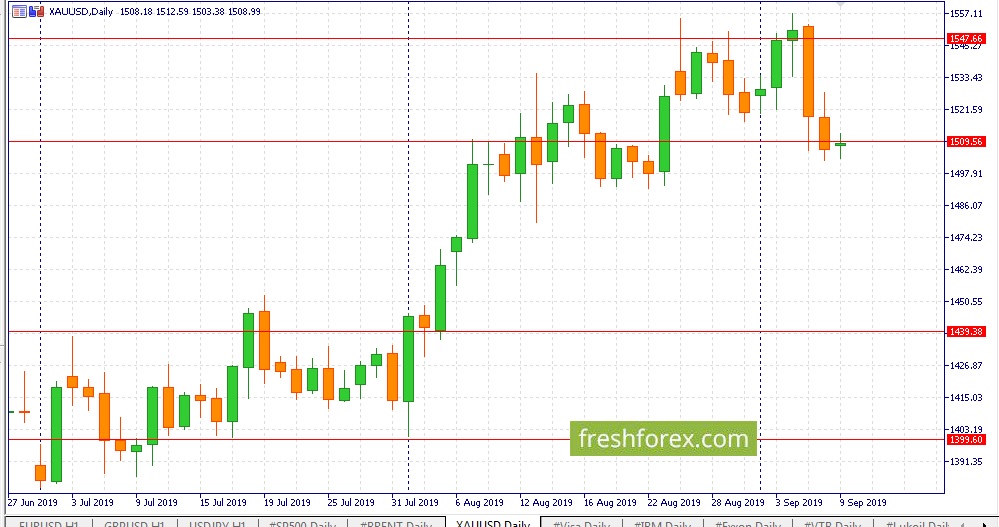 Investors are increasingly short positions in gold. Gold and stock markets are inversely correlated. Traders had piled into gold in three months, looking for a hedge against collapsing bond yields, currency and equity-market flux, sliding global rates, the BREXIT scare and recession fears over the U.S.-China trade war. Geopolitical tensions in the world are decreasing. The United States and China will hold new trade talks in October. The political crisis in the UK is coming to an end. Gold is not an interesting asset now. Investors should sell gold and buy corporate shares. 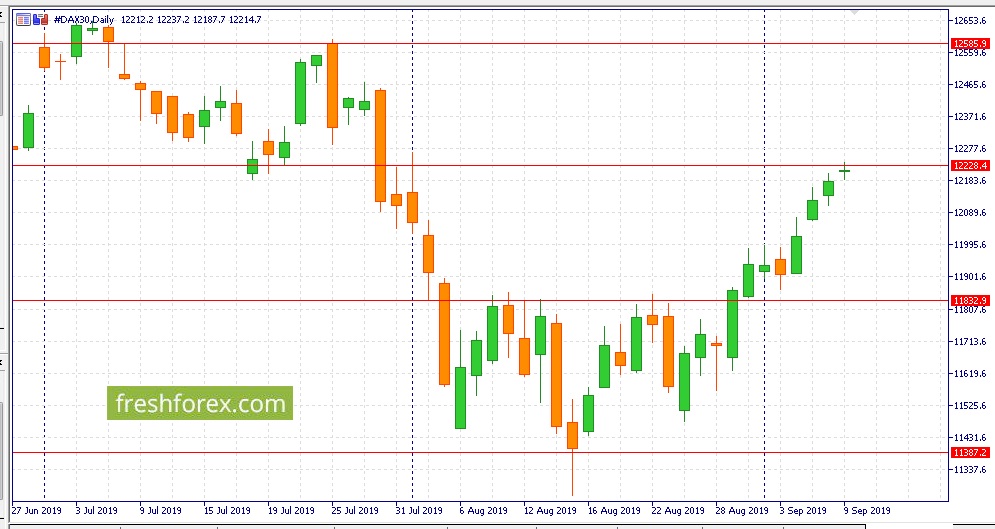 The European Central Bank will cut interest rates on Thursday 12 September, which will have a positive impact on the value of the DAX30. Low interest rates on Government bonds are forcing investors to look for alternative assets. Traders are increased long positions in corporate stock because of expected increase in dividend income. Germany's 10-year government bond yield is -0.6%. Buying a bond investors are forced to pay the German government 0.6% per annum. Investors are not profitable! The German DAX index is trading at its highest in the last four weeks and we are expecting the trend to continue.